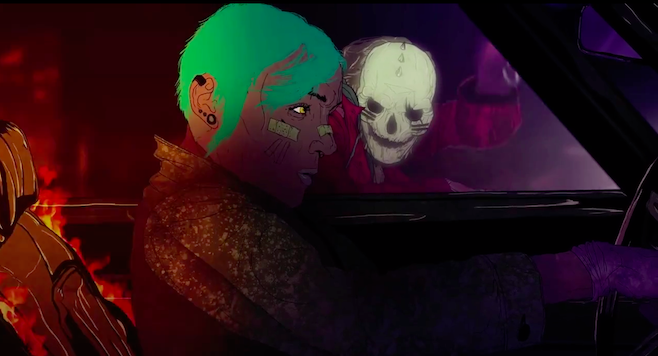 Last week, Queens of the Stone Age released a series of five videos from their upcoming album, …Like Clockwork. And if you paid close attention, you might have noticed that they were all part of a longer storyline, and eventually looped back to the beginning (like clockwork! ha!). Today, the full short film is up for listeners and viewers to watch in one fell swoop.

Check out the short film, featuring images by Boneface and animation by Liam Brazier, below. Queens of the Stone Age’s new album, …Like Clockwork, is out June 4 via Matador.