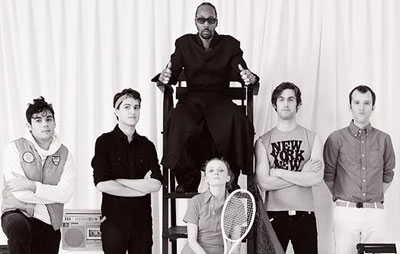 When December arrives, year-end lists are bound to be just around the corner. But before Treble indulges in the annual tradition of assembling lists of what we consider the best songs and albums released in 2010, we’ve got a series of smaller, more concise, but still entertaining assemblages of 2010 music and pop culture delights. Every day we’re adding new lists of our favorite musical bits and pieces of 2010. Enjoy!

Some of the most entertaining aspects of music in 2010 happened on Twitter. These are our favorite musician one-liners of the year.

A lot of bizarre and/or hilarious things happened this year. Here are ten of those moments that entertained us most.

With MTV no longer about music, artists are taking their craft to other channels with sometimes awesome, sometimes hilarious and sometimes just plain weird effect.

Digital may be the norm, but we still like pretty pictures.

The best visual interpretations of some of the year’s best songs, in both humorous and emotionally gripping form.

And here are 10 more of our favorite videos of the year, but this time, strictly for mature audiences.

As much attention as we give the album format, there’s no denying that this year offered some stellar records under a half-hour.

A summary of the year’s greatest moments in music wouldn’t be complete without a list of our favorite first-time offerings.

These are, hands down, the funniest records you’ll hear from 2010.