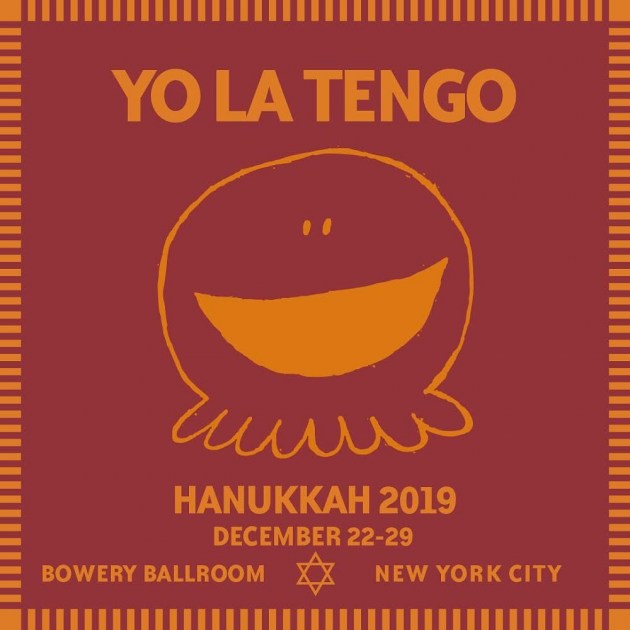 The holiday season is just a few months ahead, which means that Yo La Tengo are once again gearing up for a series of Hanukkah shows in December. Between December 22 and 29, they’ll be performing nightly shows at the Bowery Ballroom in New York, with special guests—both musical and comedy—opening each show. Tickets go on sale September 6.

Before that, however, they’ll be playing a series of U.S. dates including the Yo La Tengo Camping Weekend later this month, headlining dates in Los Angeles and San Francisco and a special Buckminster Fuller documentary scoring collaboration in San Diego. Take a look at their upcoming dates below.

Read our feature, Yo La Tengo’s I Can Hear the Heart Beating as One set a benchmark in indie rock.