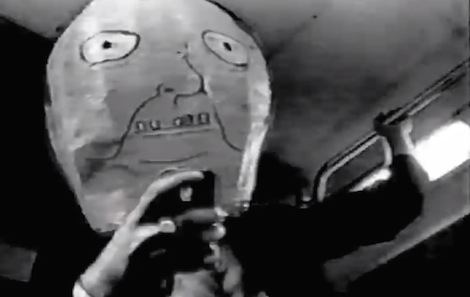 Cloud Nothings have just released the third video from their new album Here and Nowhere Else, this time for “Now Hear In.” The clip is directed by Toro y Moi’s touring guitarist Jordan Blackmon, and the star of the video is also a member of Toro y Moi’s touring band — bassist Patrick Jeffords, who wears a really big mask that engulfs his face. It’s not too unlike that recent film Frank, in that sense. But Jeffords is mostly just roaming around California in this clip, which is treated with some distorted, VHS-style effects. It’s cool and mysterious, but quirky. In other words, perfect for Cloud Nothings’ catchy post-hardcore chops. Watch the clip below.