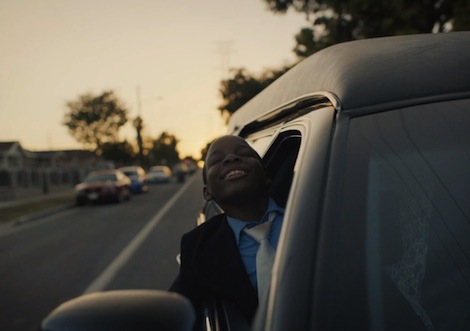 Next week, Flying Lotus will release You’re Dead, his epic new follow-up to 2012’s Until the Quiet Comes, via Warp. We’ve already gotten a good taste of the first single, “Never Catch Me,” which was an Endless Playlist pick of ours, and featured a dizzying lyrical contribution from Kendrick Lamar. And today, FlyLo released the new video for the track, directed by Hiro Murai. In the new video, a boy and a girl — who are thought to be dead — rise up out of their coffins at their own funeral and dance away. It’s simultaneously joyous and creepy, just in time for Halloween! The album is called You’re Dead after all.

Watch the Flying Lotus “Never Catch Me” video below.