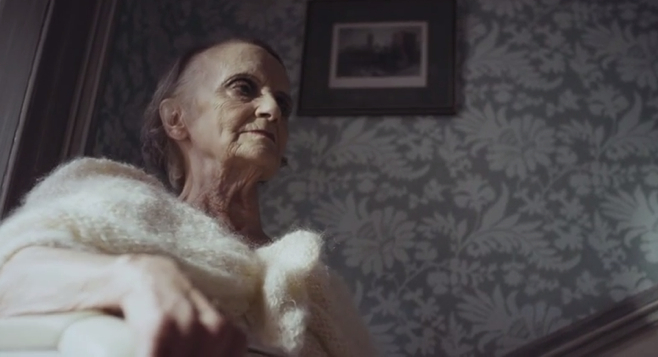 The title track from Caribou‘s magnificent new album Our Love is a dramatic and emotional house jam — and a breathtaking one at that. And with that in mind, it deserves an equally dramatic and emotional video, which is exactly what director Ryan Staake (Pomp & Clout) delivered with his clip for the track. It starts off with a long, continuous track that follows an elderly woman who rides an automated stair lift up a staircase, and then takes a long, slow walk around her large estate. But things get a little more mysterious and interesting from there. She walks into a grove of trees, and when she emerges, it’s night time — and all of a sudden things are very different.

Staake said of the video in a press release, “In ‘Our Love’, I wanted to create a slow, brooding film that contrasted the seeming limitless of youth with the reality of death in later years.” The video was shot at Lough Ine House in Ireland — dig the green scenery! Anyhow, it’s a fascinating and beautiful video — much like the song itself.

Watch the Caribou “Our Love” video below.