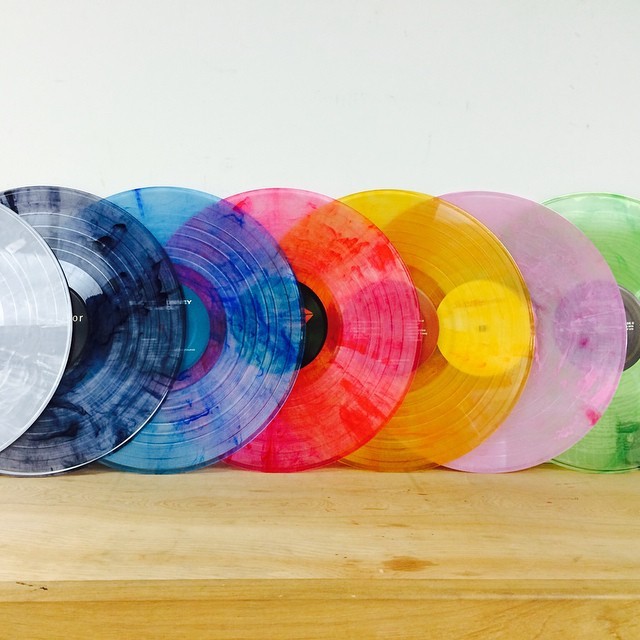 Probably the biggest release out this week isn’t anything new, but actually a remastered vinyl reissue box set of the entire Sleater-Kinney catalog. You can see the colored vinyl versions of all their albums above — aren’t they beautiful? (Swoon.) Well, the colored versions are sold out, or so we hear, but each album is available individually, as well as a black repress of the box set, so no need to fret! Also, while you’re at it, read our retrospective on the band’s catalog.

Also out this week are our new Album of the Week, the overwhelming and terrifying new album by Scott Walker and Sunn O))), Soused, and last week’s Album of the Week, Jessie Ware’s Tough Love. There’s a lot of awesome stuff out today, which you can find at your local brick-and-mortar record shop. Support local businesses or Urban Outfitters wins! But really though, buy music, support the artists. That’s the important thing.