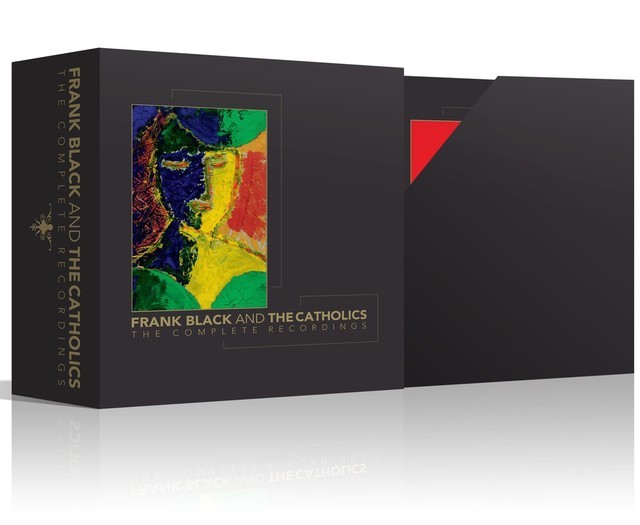 For the last 10 years, much of Frank Black’s time and effort has been taken up by the reunited Pixies. And just last month, 4AD Records reissued the band’s landmark 1989 album Doolittle for its 25th anniversary (just in time to let us forget about making one of the worst albums of the year). But next year, Black will be issuing a massive box set of his material with Frank Black and the Catholics via Cooking Vinyl. The box set is titled Frank Black & The Catholics: The Complete Recordings, and comprises seven CDs, featuring more than 100 songs. Included in the album are the band’s six studio albums, plus a bonus disc. The box set is available to pre-order via PledgeMusic, and comes with some bonus items like shirts and signed artwork.

Though the box features all the official albums from 1998’s self-titled album up to 2003’s Show Me Your Tears, the tracks will be presented in alphabetical order. Black explains in a statement, “[the alphabetisation of the tracks] feels like an approximation of randomness, it’s a way to randomise something especially if is song titles in this case, by placing them alphabetically, we get away from the preciousness of the so-called LPs that we put out and it’s more about the body of work, the good times that we had…”

See the full Frank Black and the Catholics box set tracklist at PledgeMusic.