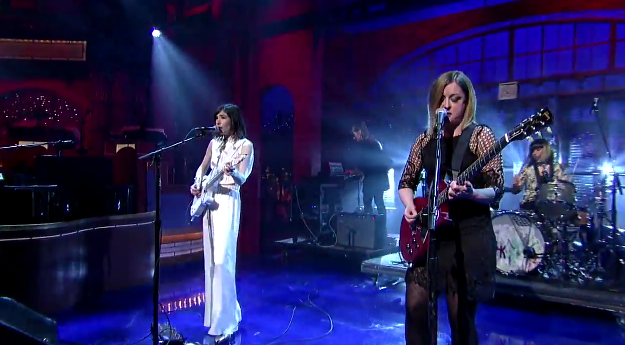 It’s great to have Sleater-Kinney back, isn’t it? Next week, the trio will release No Cities to Love, their first new album in 10 years, via Sub Pop. And last night, they gave a little preview of their upcoming live performances with an appearance on The Late Show With David Letterman. Their performance is good and raw, reminding us that at heart they’re a really great punk band. But they’re also rock ‘n’ roll through and through — watch Carrie Brownstein deliver those high kicks around the 2:30 mark! Did we mention it’s good to have Sleater-Kinney back? Because it really is.

After this, go back and stream No Cities to Love on NPR First Listen. And in the meantime, we play the waiting game…

Watch Sleater-Kinney’s performance of “A New Wave” on Letterman below.