You can check out the full lineup on the flier below, or at the Sasquatch website. 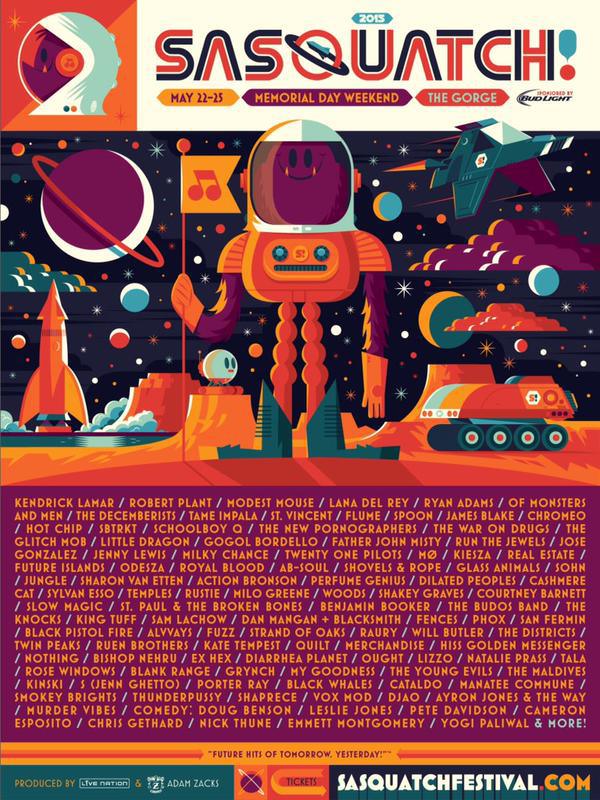