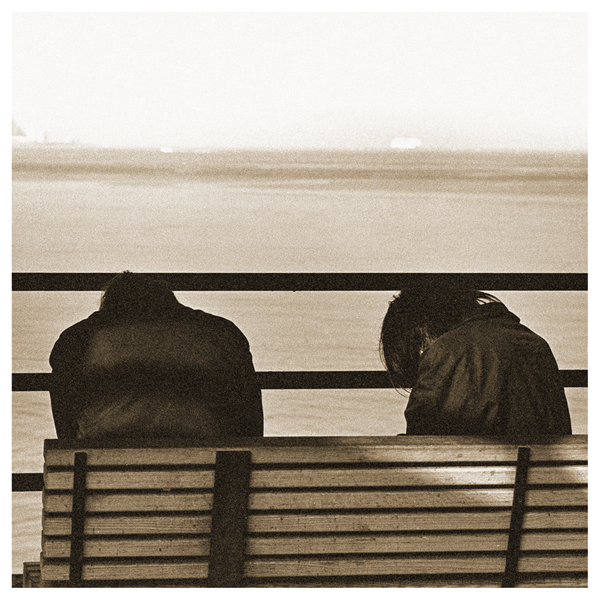 It’s not my place to psychoanalyze listeners, or tell people why they like what they like. Yet when it comes to Toronto post-hardcore trio Metz, it’s, if not self-explanatory, at least pretty easy to figure out. You listen to Metz because they fucking rock. On their 2012 debut album, they delivered every riff, rhythm and melody with an uncompromising wallop. The abrasion and fury in their music has garnered them countless comparisons to the likes of The Jesus Lizard and Drive Like Jehu, but unlike those bands, Metz is more streamlined — barreling forward at full steam, driven by little more than volume and almost superhuman power. It’s music that knocks you on your ass, and then pins you for a while, as you flail in futility to make yourself upright.

For their second album, Metz brought to the studio a whole new arsenal of new toys, including baritone guitar, tape loops, piano, synth, and found sounds. Not that it actually stops them from being able to deliver an amplifier-blowing performance of catharsis and fury on first track “Acetate.” And Metz won’t keep you waiting, either — from the menacing, distorted pounding of Chris Slorach’s bass there’s no ambiguity about it, Metz is back in pulverize mode. At the heart of it, “Acetate” is Metz at their most streamlined and straightforward, giving you the noise-rock riffs and chest-rattling rhythms that have become their trademark. But once you dive into the details of the song, “Acetate” comes into focus as something more complex and intricately crafted, from Alex Edkins’ discordant, Rowland S. Howard-inspired riffs, to the playful variations in Hayden Menzies’ drum work. The production, for that matter, is more layered and contains a great deal of depth for something that so enthusiastically goes for the jugular.

But does it fucking rock, you ask? You’re damn right it does.