Wilco has announced the lineup for their annual Solid Sound festival, and it looks like their biggest, and possibly best yet. It takes place June 26-28 at MASS MoCA in North Adams, Massachusetts and is being headlined, like usual, by Wilco themselves.

Tickets are $149 for the weekend, and can be purchased at the Solid Sound website, where you can check out the rest of the lineup (which can also be seen via the flyer below). 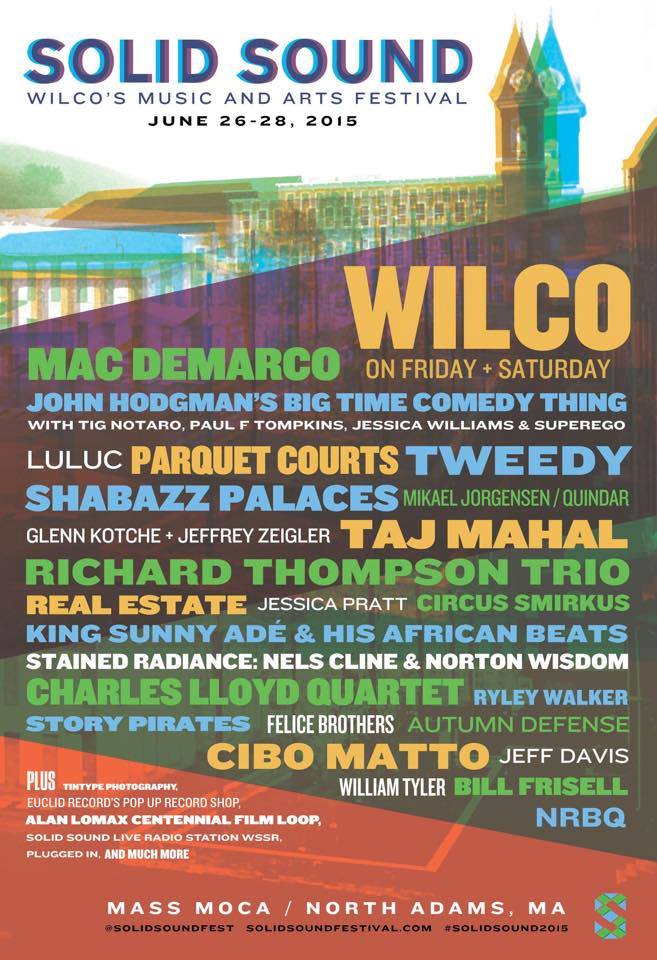