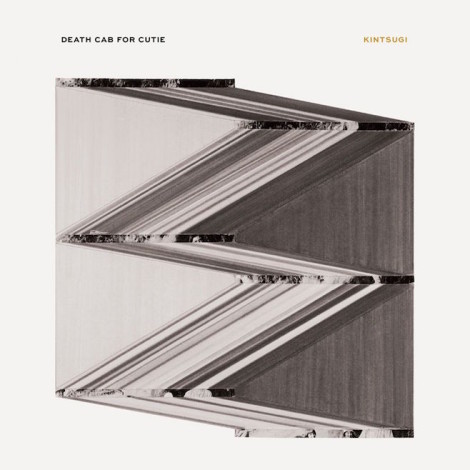 When I was a teenager in the mid-to-late ‘80s, bands like Led Zeppelin and Pink Floyd were considered “classic rock.” They were played on radio stations that used that marketing tagline, and as much as I enjoyed (and still enjoy) that music, I also knew it as the music of my parents’ generation. I bring this up because as much as I want to consider Death Cab for Cutie to be current, the same amount of time has passed between their first album and now as it did between the release of Led Zeppelin’s debut and when I discovered them on “classic rock” stations. On Kintsugi, DCFC’s eighth studio album, they are starting to show their age in the form of diminished creativity and drive.

While the departure of founding member and creative force/guitarist Chris Walla was a surprising transition, he still participated in the composition, recording and mixing of Kintsugi, so his absence can’t be the scapegoat for the album’s flatness. To paraphrase Norma Desmond, “Death Cab is big; it’s the music that got small.” Or more accurately: the genre Walla and Ben Gibbard helped pioneer has outgrown them. What they have created is a fine DCFC album; it’s just not as fine as what else has been created since the days of Transatlanticism and Plans.

Kintsugi begins with “No Room in Frame,” with a promisingly electronically enhanced intro leading to Gibbard’s crystal clear voice delivering a pretty, well-conceived melody. The song starts at three and gets to about five and stays there, leaving the listener hoping in vain for the rest to arrive. The second track and first official single, “Black Sun” picks up where the previous song left off but fails to soar. Again, the melody is strong; certainly, the intention is admirable, but it’s ultimately unsatisfying. Even as Gibbard sings heart-wrenching lyrics like “how can something so fair be so cruel?”, he’s not terribly convincing.

It isn’t that there is no experimentation, or that the elements that made Death Cab for Cutie what they are have disappeared; this is definitely a Death Cab album. It’s that you want a song like “You’ve Haunted Me All My Life” to really haunt you, and it just doesn’t. It’s a sad song, but like a sympathy card is sad, not like a eulogy is sad — from a distance, non-participatory, when what you want is to be drawn in. And it’s hard to pinpoint exactly what the missing ingredient is, but it could be that tastes have changed, not the music.

“Kintsugi,” to which the title refers, is a type of Japanese art, involving repairing broken pottery in an attempt to appreciate its history rather than create something new. In that way, Death Cab has succeeded. Kintsugi is a collection of songs that remind us of a band who has had a rich past and has influenced a generation of musicians and excellent songwriters, but whose own future is less consequential.

Rilo Kiley – Under the Blacklight

The Shins – Port of Morrow