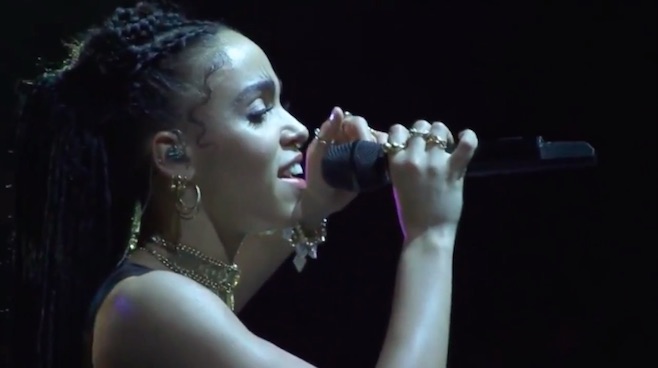 The great thing about Coachella, especially when you’re not around to witness the performances, is that someone will inevitably capture the live stream on video. One of the sets that we would have definitely caught — if we were there, was FKA Twigs. She was performing at the same time as Tyler the Creator and Jack White, so she had some competition. But if you weren’t in Indio this weekend, you’re in luck. Her dazzling set — which featured a long list of highlights from last year’s LP1 and 2013’s EP2 — is now available to watch in its entirety.

Watch the full FKA Twigs Coachella video performance below, and take a look at the setlist.