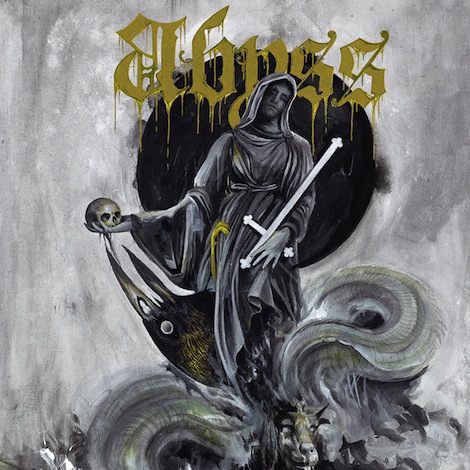 “Heretical Anatomy,” the first track on the debut album of the same name by Toronto’s Abyss, is an impressive lesson in how to make an entrance as a metal band. There’s the obligatory dark and creepy ambient intro, which takes up a good 20 percent of the track on the whole — substantial real estate on an album that’s done in a whirlwind 20 minutes. It’s a formality, maybe, but think of it as a generosity — once it’s done, Abyss offer few moments to catch your breath, lick your wounds or even take stock of the chaos that ensues and make sense of it all. There’s about 30 years of metal evolution packed into two and a half minutes, as the group cannonballs from Entombed-style death metal, a brief bit of Darkthrone blast-and-tremolo, some classic grindcore, and a fingertip-frying solo worthy of classic Slayer. If you have a soft spot for any metal band with an iconic logo and a patch on thousands of frayed denim vests, then Abyss should strike a (power) chord.

There are few distractions to get in the way of the onslaught of riffs and breakneck rhythms on Heretical Anatomy — Abyss simply doesn’t allow enough time for any to muscle their way up to the pit. They’re laser focused and mercilessly brutal in their adherence to no-nonsense death metal with occasional dalliances in other forms of extreme metal, sometimes bashing in three to four stylistic shifts in one track without ever letting go of that Gothenburg death grip. “The Atonement” is a perfect example, careening with death ‘n’ roll mirth and mayhem, briefly accelerating into a power-drill grind before slowing to a groove-heavy mosh-pit chug, and eventually crawling toward doom. And at five and a half minutes long, the comparatively gargantuan “Thrall of the Elder Gods” might as well be an Opeth track by Abyss standards. Not that these guys would ever be interested in acoustic interludes, clean singing, prog-rock excesses or concept-based narratives. But considering most of the material here is two minutes long or less, Abyss can certainly do a lot with five minutes.

They don’t need to, however, and that’s part of what makes Heretical Anatomy so much fun. Abyss never gives you the opportunity to grow tired of their abrasive snarl, and the economy of their songs is one of their strengths. Never does the grindcore blast of “Flesh Cult,” the four-on-the-floor sprint “Prophecies of Churning Horror” or rollicking death ‘n’ roll standout “Chained to Extinction” seem undercooked or unfinished. Each track has a direction and a purpose. That purpose is usually just wreaking havoc upon everything in their path, but for death metal, that’s always an admirable goal.