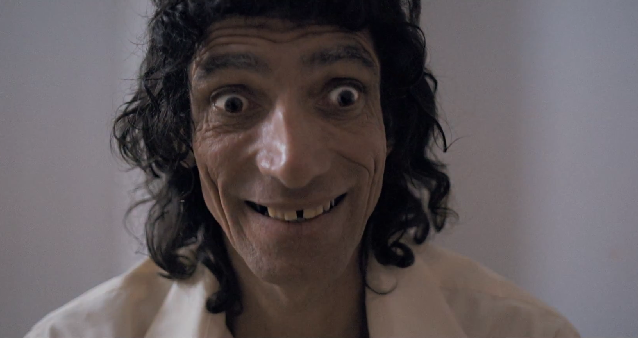 This week, Toronto noise rock trio Metz release their new album II — which is currently our Album of the Week. And to coincide with the release of the album, Metz has just released a new video for standout track “The Swimmer.” Directed by Michael LeBlanc and Scott Cudmore, the clip is a dark and sinister video that depicts a non-chronological sequence of events in the life of a poor bastard who gets baptized, but soon thereafter finds himself in a pretty grim situation. The video comprises a series of jerky, GIF-style shots, which only adds to the uncomfortable nature of the clip. Given that the band’s music is pretty dark and intense itself, it all actually fits pretty well. Check out the Metz “The Swimmer” video below.