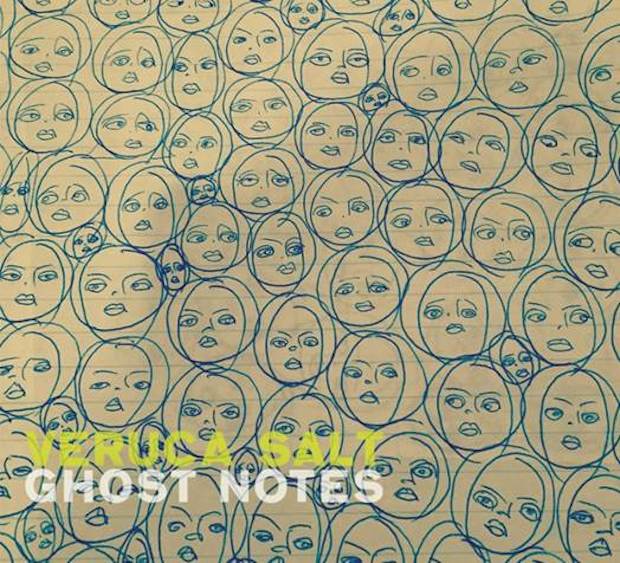 Veruca Salt reunited last year, and now they’re getting ready to release a new album. Nina Gordon, Louise Post, Steve Lack, and Jim Shapiro have announced their first album together since 1997’s Eight Arms to Hold You, titled Ghost Notes. Veruca Salt, led by Post, did release two more albums in the ’00s afterward under a different lineup. Ghost Notes is out July 10 via El Camino, and is available as a pre-order through PledgeMusic, where the band is also offering signed CDs, rare vinyl, shirts, posters, handwritten lyrics and an acoustic house show featuring Post and Gordon. That’s the album’s artwork above. Check out the tracklist below, along with the band’s tour dates and new song, “The Gospel According to Saint Me.”