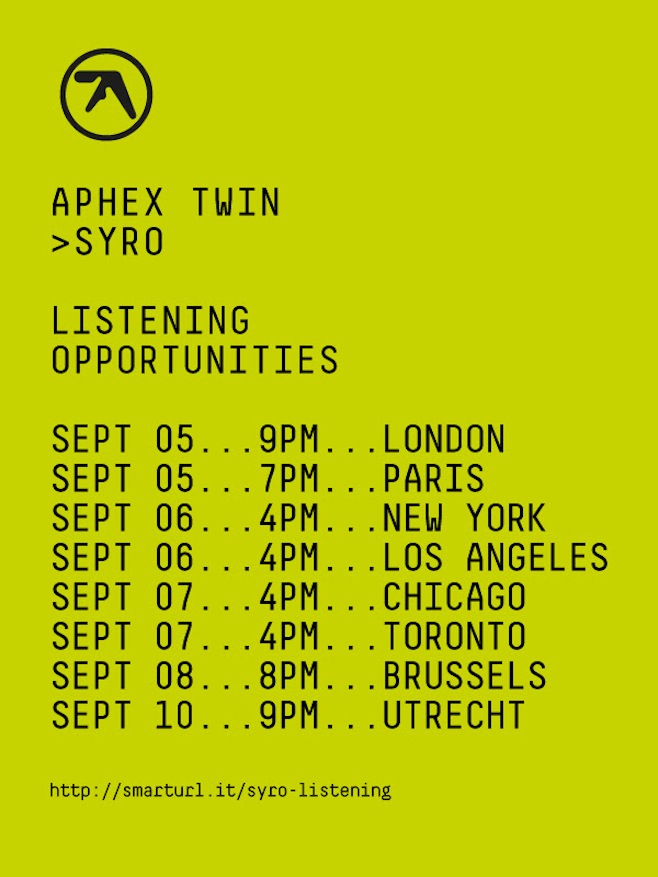 Next month, Aphex Twin releases SYRO, his first album of new material since 2001’s Drukqs. There have already been a bunch of phony leaks floating around on the Internet, but Richard James will be introducing the real album to listeners via a series of group listening events happening in North America and Europe. Now, we don’t have to tell you that a lot of people are going to want to be the first to hear the record, so to make the process fair, Warp has set up a lottery you can enter for the chance to preview the album. Impress your friends by regaling them with tales of attending an exclusive IDM listening party!

Check out the dates and places where the events will be held below.