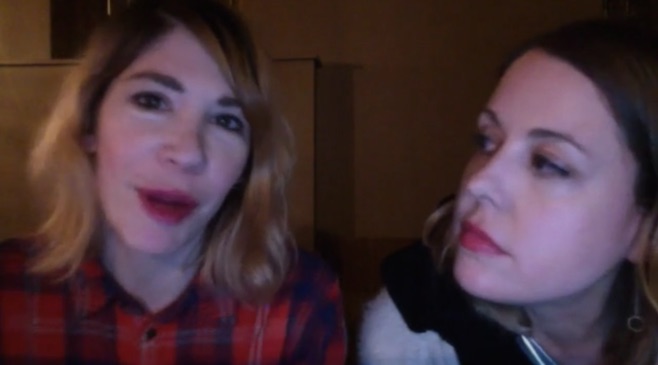 Sleater-Kinney‘s Corin Tucker and Carrie Brownstein are the latest stars of the Rookie Magazine “Ask a Grown Woman/Man” video feature, in which adults give advice to teenagers. The two musicians recorded the video from backstage at a music venue in Dublin, and offer different nuggets of advice about dating, breaking up, kissing and other topics. “Kissing is scary,” Brownstein says to one girl asking advice, and one common refrain that comes up a lot is “It’s okay to change your mind!” Oh, and maybe this is the most important one: “Have fun!” One fan, who says she’s not openly out, also asks about having a crush on a friend of hers and not knowing how to approach it, and Tucker and Brownstein have a lot of good feedback. I’ve been saying this for a long time, but Sleater-Kinney kind of make awesome role models.

Watch the Sleater-Kinney Ask a Grown Woman video below.

Sleater-Kinney’s No Cities to Love is on our list of the Best Albums of 2015 so far.