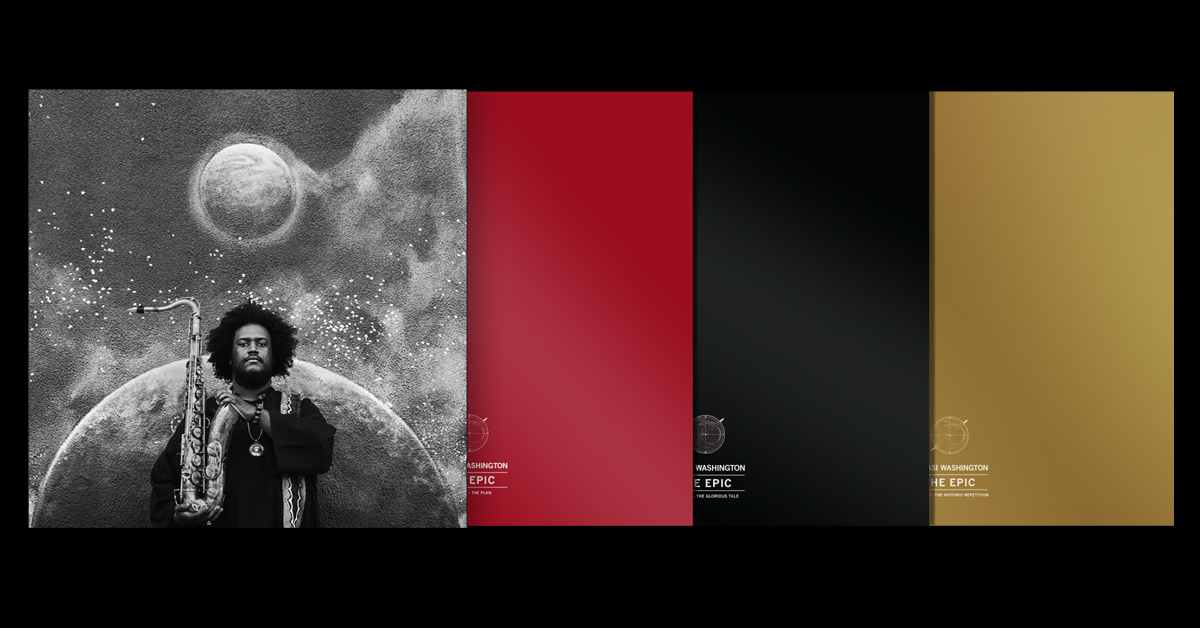 Earlier this year, Kamasi Washington released his sprawling three-disc avant garde jazz debut, The Epic. And though it’s a long one, it’s been just dying for a vinyl release. And now that’s finally happening. On Oct. 2, Brainfeeder will release The Epic as a three-LP set. That’s what the packaging looks like above. The tracklist is in a slightly different order, so it can fit on each side of vinyl properly, so you can take a gander at that below. Pre-orders are now up at Kamasi Washington’s Bandcamp page.

A1. The Rhythm Changes
A2. Leroy and Lanisha
A3. Re Run
B1. Miss Understanding
B2. Henrietta Our Hero
B3. Seven Prayers
B4. Cherokee