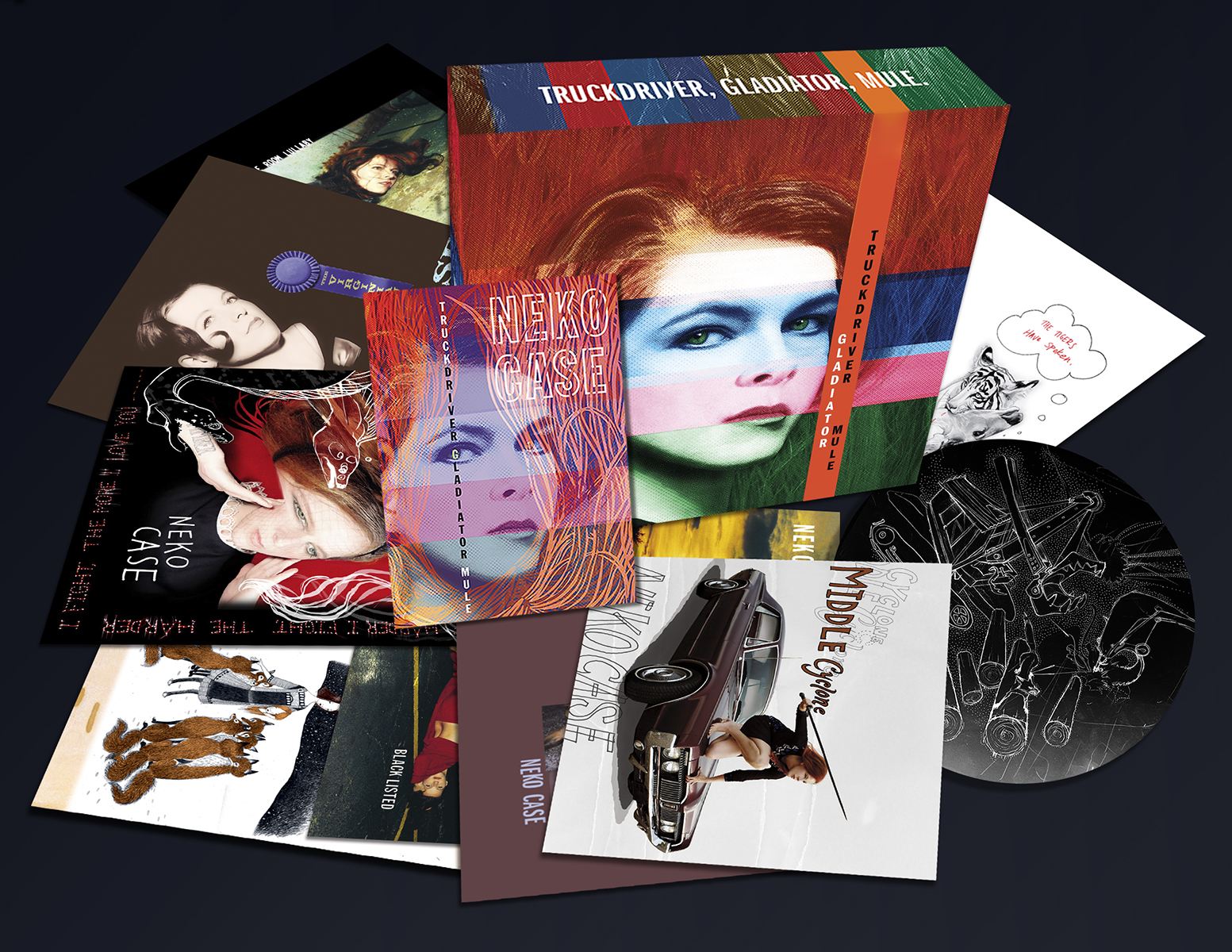 Many of Neko Case‘s albums have been out of print on vinyl for a long time, including her 2002 album Blacklisted and its follow up, 2006’s Fox Confessor Brings the Flood, which was reissued in limited-edition color vinyl for Record Store Day this year. This fall, however, Case’s entire discography will be reissued in a career-spanning vinyl box set. On Nov. 13, Anti- will release Truckdriver, Gladiator, Mule, which features all of Case’s releases on LP: The Virginian, Furnace Room Lullaby, Blacklisted, Canadian Amp, The Tigers Have Spoken, Fox Confessor Brings the Flood, Middle Cyclone and The Worse Things Get, The More I Fight, The More I Fight, The More I Love You.

The box also comes with a vinyl slipmat and a book of photography. Basically, this is going to be at the top of your holiday wishlist.

Neko Case is on Treble’s list of the Top 50 Vocalists.