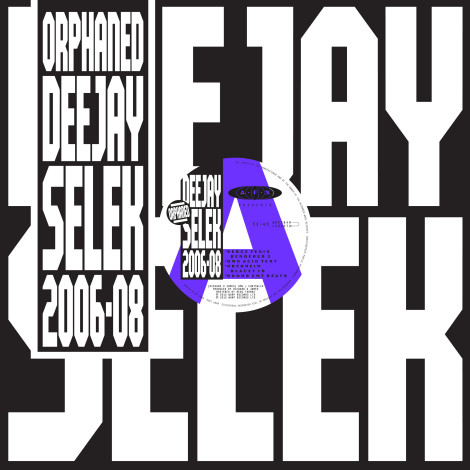 Damn, Richard D. James is on a roll. I don’t know what it took for the veteran electronica trickster to experience his creative colon blow of the last 12 months, but we as a society are better for it. And no, I don’t believe that’s hyperbole. Technology used to spark exploration, fun, the suggestion of magic—what’s not to love about Aphex Twin’s career coda? But with the newest title in the RDJ universe, the EP Orphaned Deejay Selek 2006-2008 released under his AFX stage name, we have to stop asking the question of “why now?” and start asking the question, “what if?” What if RDJ hadn’t taken that break from his Aphex Twin bread-and-butter, and maintained a release schedule concurrent with the creation of all of this music? Would he have stayed relevant? Would we be as excited? Would he have glutted the market?

A year ago this month he revived his Aphex Twin persona to offer up the world-beating acid squelch of Syro, which was assembled during 13 years of self-imposed exile from that nom de plume. If we look at James’ history and the title of this EP, it suggests that the work on Orphaned Deejay comes after and around the AFX Analord EP series (recorded from 2003 to 2005) and the Chosen Lords compilation assembled from it. That Analord material comprised James’ biggest set of original music for sale and distribution in that Aphex Twin gap after Drukqs and before Syro.

The tracks on Orphaned Deejay, as on everything from Syro forward, read like so many terrible filenames littered with references to the equipment James used to make them: Fenix, Oberheim, Neotek. The shortest among them you wish would have been fleshed out into something epic, and maybe they were, somewhere else. “midi pipe1c sds3time cube/klonedrm” is a pipe-organ curiosity, for example, while “r8m neotek beat” dials down the BPMs into something tribal, ethnic, funky. The longer cuts can be hit-or-miss too, but oh, the hits: “NEOTEKT72” is a dissonant twist on ‘80s synth-funk, while “bonus EMT beats” manages to be the stone groove of this EP in 5/4 time.

Drukqs in 2001 was a towering yet flawed amalgamation of warped techno, drill‘n’bass, modern classical pieces, synthesized ambience, experiments with instrument control, and processed found sound. It could be argued that every release since Drukqs is a more successful spinoff from that maelstrom, each blessed with focus and the forgiving distance of time. Orphaned Deejay feels at times like it could have been assembled at random from RDJ’s recent weird, wonderful selection of cast-off sounds through Soundcloud and other random social media usernames. However, we also can firmly pin it as a transition between the Analord patchwork—assembled to approximate greatness—and the career-defining rhythmic and melodic statements of Syro. This isn’t just a dip into a stream of (mostly) money-making art, it’s opening a window into James’ life and work.