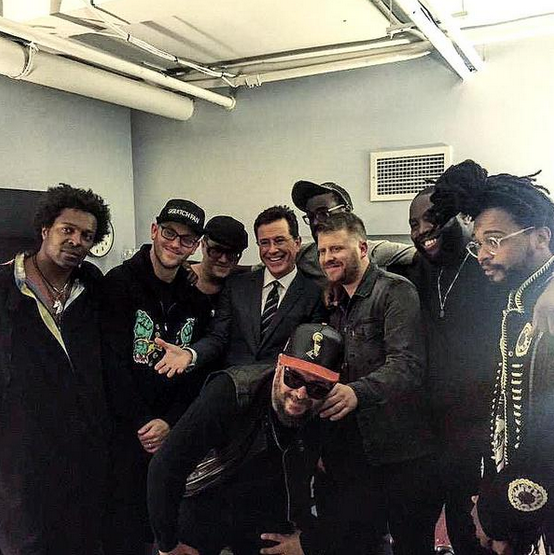 Stephen Colbert had a strong legacy of hosting great musical acts on The Colbert Report, and that appears to be carrying over to The Late Show now that he’s taken over after David Letterman’s retirement. He kicked off the new era of The Late Show with an appearance by Kendrick Lamar, and last night, his musical guest was Run the Jewels, with a high-profile band to back them up: “Tonight’s musical guest is so hip, their backup band is TV on the Radio,” Colbert announced, with a snicker.

Read our interview with Run the Jewels.

Tags
run the jewels TV on the Radio