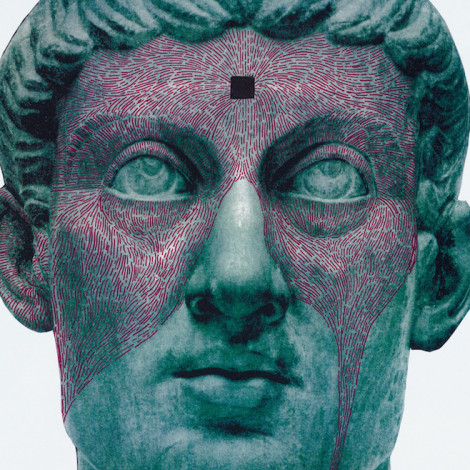 Protomartyr‘s Under Color of Official Right was a near-perfect album. Yet despite the artistic and critical success of the band’s sophomore release (their Hardly Art debut), a sizable shadow loomed over the record. Theirs was a visceral sort of music, fueled in part by a kind of starving-artist hardship. The band’s trio of instrumentalists played a no-fuss, garage rock-influenced brand of post-punk, and Joe Casey took his often-bitter performances (reminiscent of The Fall’s Mark E. Smith) to new heights by way of an always cynical, usually morbid sense of poetry. According to the band, a lot of their ideas for performance or song structure stemmed as a result from their warehouse practice space during a harsh Detroit winter. They wanted to get out of there as soon as possible, so they wrote their music to be quick and gritty.

So how does a band’s ethos evolve with them when success changes the conditions under which their art was originally crafted? Should they keep to the same approach and pretend nothing has changed, or do they let their music grow and adapt with their lives? For Protomartyr, the answer seems to be somewhere in between. The Agent Intellect doesn’t make any huge leaps in terms of production quality. We still get the basic formula of four guys making aggressive, well-calibrated noise. But the approach on each song is just a little more careful and calculated this time around. Gone are the one- to two-minute track lengths, with Protomartyr often working what would have been entire songs on Under Color into breakdowns or outros for lengthier, more cathartic compositions.

The result is the strongest crop of tracks that the band has ever written and recorded. Overall, the tempo has slowed down just a touch, bringing obvious Joy Division influences to the surface. This is a tone the band masterfully makes their own, especially on a deep, pulsing track like “Pontiac 87,” its steady, melancholy bass keeping things moving below an airy, constantly evolving guitar lead. But Protomartyr continue to innovate beyond the genre’s existing forms as well, with tracks like “Why Does it Shake?”, “Cowards Starve” and “Ellen” bending genres to make exciting steps forward for their own artistic development and for post-punk alike.

For all his talk about how the world already has enough rock anthems, Casey sure penned his fair share of passionate earworms for The Agent Intellect. The themes here won’t surprise any previous converts; defeat, darkness and skepticism are served by the spoonful. But Casey wraps up his ideas in his most personal anecdotes to date. Sometimes this is literal, with Casey pulling in his own experiences or that of his late father and his mother, who currently suffers from Alzheimer’s. But even the record’s less biographical tracks feel much less abstract than before, with Casey’s bitterness more closely resembling that of the late Ian Curtis than anything he’s written before.

Just like Under Color before it, The Agent Intellect leaves the listener feeling much more pumped up than its subject matter and harsh nature would lead you to believe. Closer “Feast of Stephen,” the dreamiest track Protomartyr have concocted to date, ends with 30 seconds of teetering ambient noise—a palate cleanser of sorts. Protomartyr are the kind of band that know how to care for their listener. Sure, they mix dark themes and crunchy riffs into their sound with high regularity, but they aren’t here to drive you into the dumps or make you feel uncomfortable. They’re here to play perfectly cathartic rock songs.