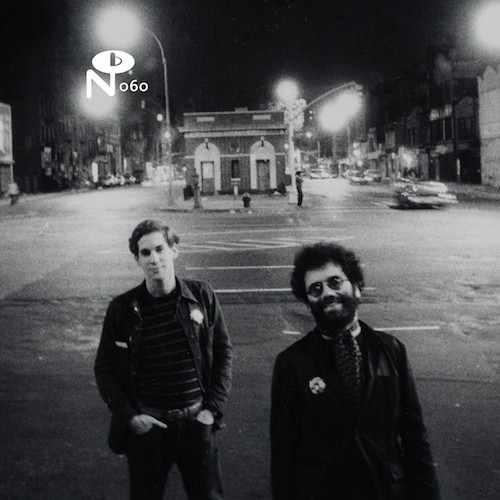 The first great New York punk single was Television’s “Little Johnny Jewel,” a seven-minute, two-part mix of dreamy poetry, hypnotic guitar work and badass, freewheeling instrumentation. It was also more or less the first New York punk single period, released in 1975, just a month before Patti Smith dropped her groundbreaking album Horses. At the time, nothing sounded quite like it; this wasn’t the sound of punk that we recognize today. It’s much looser and more conventionally pretty. It wouldn’t be until the Ramones would turn this experimental approach to rock into shorter, more visceral bursts of energy that punk would take shape as the two-minute, three-chord thing we know today. But “Little Johnny Jewel” was weird and different, and above all exciting. And as the first release on Ork Records, it helped shape a brief but all-too important legacy in New York rock ‘n’ roll.

At this stage in the game, New York City circa 1975-1978 is such well worn territory that it’s hard to believe its every story hasn’t already been told to death. Most of them have; the underground rock canon as we know it today is built on repeat spins of Marquee Moon, The Ramones, Parallel Lines and Talking Heads ’77. Ork Records, likewise, isn’t entirely a secret as far as punk history goes. The 2013 film CBGB even featured label founder Terry Ork, as depicted by Johnny Galecki—better known for portraying Leonard in Big Bang Theory. Ork, originally from San Diego, started the label specifically to release “Little Johnny Jewel,” and extended its run for five years, releasing 13 singles that sowed the initial seeds of the East Coast punk movement, showcasing a long list of innovators and groundbreakers in their infancy.

The complete run of Ork Records singles is collected on Numero Group‘s new box set, Ork Records: New York, New York, and there’s no shortage of phenomenal tracks on this box set, which comprises a wealth of material at 49 songs. Among the highlights are Richard Hell’s “(I Belong to the) Blank Generation,” which took a bluesy, beat-generation reference into a new era, complete with alienation and a catchy hook. There’s also an early, noisier and slower version of The Feelies’ “Fa Ce La,” which chugs harder than anything on the band’s debut album, including the reworked version of that song. There’s also some solo Alex Chilton material, like “All of the Time,” which is like a more frayed version of the best tracks on Big Star’s Radio City.

Not all the names on New York, New York are so recognizable, but the ethos and aesthetic should be nonetheless familiar to anyone with even a passing fancy for ’70s-era NYC. Erasers’ “I Won’t Give Up” could easily pass for vintage Patti Smith thanks to Susan Springfield’s expressive vocal performance, while Prix’s “Zero” comes across a bit like a beefier, swampier take on Big Star. Cheetah Chrome’s “Still Wanna Die” is classic Stooges-style punk, and Marbles’ “Fire and Smoke” is mystical, melancholy pop at its best, bridging the gap between Chilton and Verlaine beautifully. There’s even a track by patron saint of rock critics Lester Bangs, titled “Let It Blurt.” It’s more of a fascinating curiosity than anything, but not really a good song by any means; it’s hard to hear a line such as “bitch, bitch, bitch, bitch/ I wish your ass was dead” and not cringe.

Included in the box set are various photographs, flyers and liner notes, enhancing what’s already the most complete history of the label in recorded form. Ork Records came to an end in 1979 with Cheetah Chrome’s “Still Wanna Die” single, featuring the notable catalog number of NYC5. The bigger names went on to bigger labels such as Sire or I.R.S., and other bands to receive the Ork stamp faded into obscurity. And the legend goes that many of the studio sessions that yielded the singles on Ork were never actually paid during Terry Ork’s lifetime. Ork himself moved to California thereafter, worked as an editor for a film magazine and even did a stint in jail, but he’ll never not be someone who contributed to forever changing the face of American music. And the 49 songs on this compilation are all the evidence needed to hear just how radical a change it was.