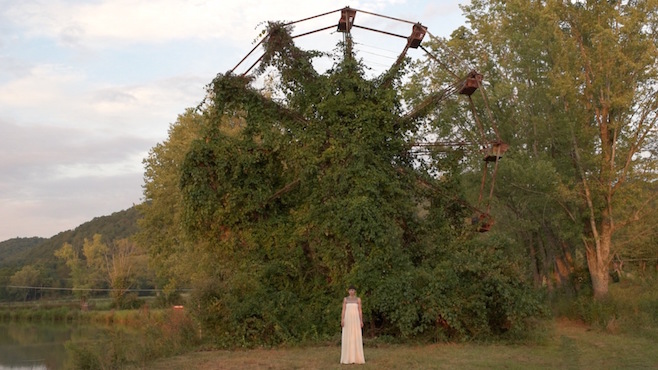 With just a few weeks to go before 2015 comes to an end, Waxahatchee has just released another new video from the excellent new album Ivy Tripp. In the clip for “La Loose,” directed by Naomi Yang (of Galaxie 500 and Damon & Naomi fame), Katie Crutchfield wanders around an abandoned amusement park, picks petals off a flower and other simple, subtle activities. There’s also several close-up shots, which give the video a feeling of intimacy that pairs well with the music.

Yang released a statement about the video:

“La Loose” is a song of love and longing, though dark at its edges with feelings of ambivalence. I wanted the video to be a visual equivalent to the song lyric, “a charming picture of hysteria in love” — a spinning emotional kaleidoscope of desire and rejection, adoration and anger, hope and despair. For this reason I set the video in mirror-twin locations: an abandoned, haunted amusement park and a thriving farm out of a beautiful dream.