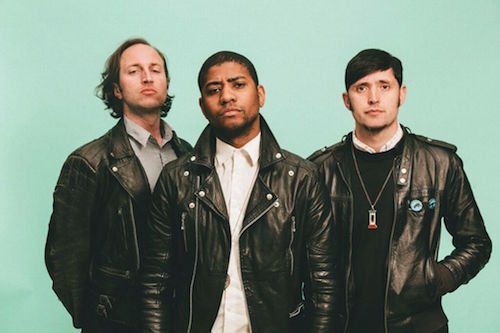 Algiers have just released a new EP. The soulful post-punk trio follows their excellent self-titled debut from earlier this year with a three-song set titled Mute Studio Sessions. The EP comprises three songs from their debut, recorded in an entirely different style and context. The EP was recorded in Mute Records’ London studio. Here’s what the band said about it in a press release:

The Mute Studio Sessions were undertaken as a way of using alternate instrumentation to accentuate different sonic and conceptual contours, which may not have been so heavily used in the foreground in the album versions.  Tape manipulation, musique concrete, and synthesizer programming were some of the techniques employed here, and we stripped a few of the songs of their machinations, as if re-sung from sheet music at the end of times to a tape loop and a broken piano.

Listen to the new version of “Blood” below.

Algiers is included in our new feature, Class Acts: The Most Promising Artists of 2015.