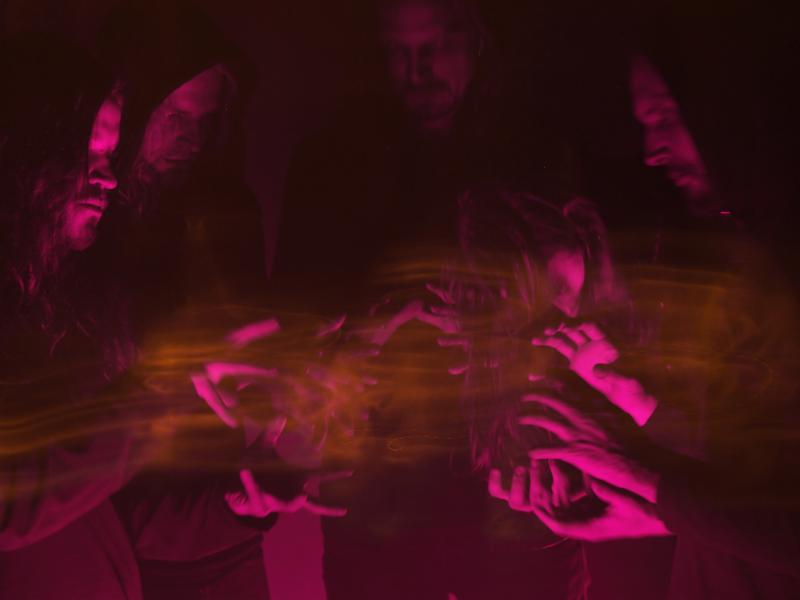 Finnish psychedelic black metal outfit Oranssi Pazuzu have announced a new album for 2016. On February 26, the band will release their fourth album, Värähtelijä, via 20 Buck Spin. Since the band is from Finland, a lot of their track titles probably look pretty unfamiliar or indecipherable to American eyes, but that’s the tracklist below, for what it’s worth.

Here’s a statement from the band about the album:

“Värähtelijä is continuing where we left off with Valonielu, but it plunges deeper into the pitch black hypnosis, combines progressive song structures to more free and flowing parts. At the same time, it’s the heaviest and the most atmospheric album we’ve done so far. The fusion between different ends of spectrum reveals new realities we’ve never discovered before. We really wanted this album to go to new places and to be the crossover album of genres we always wanted to do. To further boost the idea, the album was done with Julius Mauranen who had previously done lots of Finnish shoegaze and indie pop albums. I think it’s safe to say that this is by far the heaviest stuff he has done and for us, working with a guy like him stretched our sound to much more dynamic and trippy horizons

Oranssi Pazuzu’s Valonielu was on our list of the Top 10 Metal Albums of 2013.