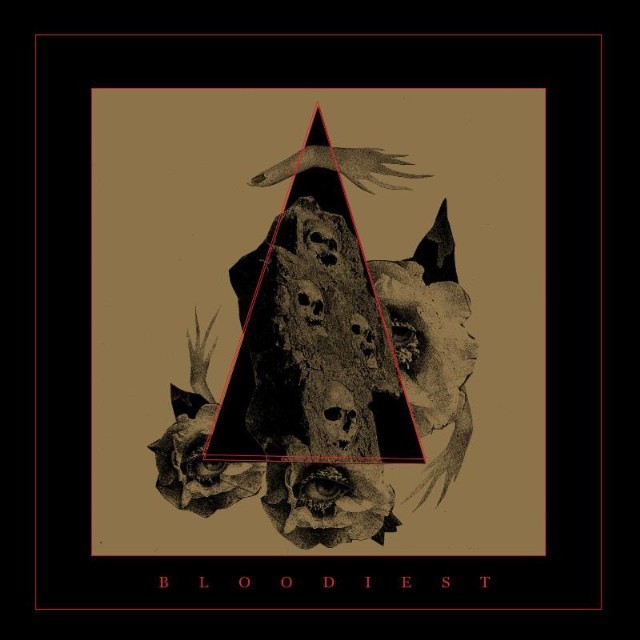 Bloodiest aren’t a traditional metal band, whatever that means. Their collective credentials comprise a pretty wide scope of experiences and influences, with members who have played in acts ranging from post-hardcore group Atombombpocketknife (guitarist Tony Lazzara) to post-rock outfit 90 Day Men (drummer Cayce Key) and progressive metal act Yakuza (vocalist Bruce Lamont). They take inspiration from 20th Century experimental composers like Karlheinz Stockhausen, and at various points throughout their sophomore self-titled album, they almost don’t sound like a metal band at all. Three minutes into “The Widow,” they’re more like a progressive folk band with elements of Gregorian chant than a band intent on crushing with the combined force of their six-person assault.

Whatever tradition still exists in metal, however, has little bearing on its future and potential innovations. And while the makeup and atypical pedigree of the musicians in Bloodiest might seem on paper like an outsider work, it’s because of that unusual approach that Bloodiest ends up sounding more interesting than it might were it written by a band of strictly heavy music lifers. On a few occasions, namely the instrumentals “Condition” and “Mind Overlaps,” they dwell in quiet darkness, the weight of their sound reduced to a hint of menace within an ethereal frame. Bloodiest most certainly can crush, but they’re just as comfortable leaving the listener with a strange chill rather than a concussion.

At times, Bloodiest sound very much like the sum of their parts, as in leadoff track “Mesmerize,” which carries a rhythmically dynamic pulse that bridges sludge, post-rock and hardcore. It certainly works well, though the band is far more sophisticated than to call it a day with a set of chugging math-metal dirges. When they give their songs room to breathe, to develop from a less overtly punishing set-up, Bloodiest find their strongest footing. “The Widow” finds an unlikely happy medium between recent Swans and Fairport Convention, its slow rise to harrowing volume a beautiful dance of despair. There are chaotic moments of noise and torment at the end of “Broken Teeth” that add even more intensity to its already persistent punch, and the eerie atmosphere of “Separation” reveals how fluid Bloodiest can be when transitioning between their prettiest nuances and their meatiest bludgeon.

Bloodiest is the kind of band that makes perfect sense only from a scene like Chicago’s, where staying in one’s lane is rare enough that it feels discouraged. Though these musicians have all played different types of music in the past, their background is largely a shared one, and they pour those disparate communal experiences into this titanic, eclectic slab of experimental doom. Bloodiest play metal—that’s not even really a question—but it frequently sounds unlike a lot of metal that’s already being made right now. In the long term, that can only be a good thing.