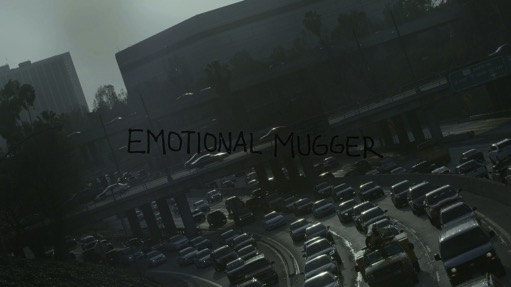 Ty Segall has released a new, 14-minute longform video for the title track to his new album Emotional Mugger, and oh boy, it’s twisted. Directed by Matt Yoka, the clip is a short film through various horrors taking place in Los Angeles. It begins with a violent and grisly scene in which a police officer uses some kind of bizarre device to suck all the fluids out of a person and then rolls him up like a carpet, then there’s more creepy body horror stuff involving a prostitute and Segall with some odd skin condition, and then a bunch of people wear cell phones with creepy eyeball displays, looking a bit like evil robots in the process. Suffice it to say this is pretty demented stuff, which is par for the course for Segall.