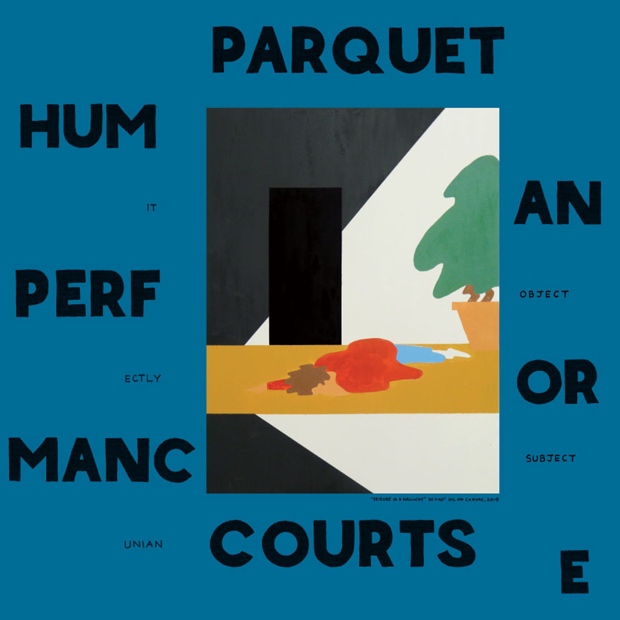 Parquet Courts have announced a new album. The Brooklyn post-punk outfit will release Human Performance via Rough Trade on April 8. The album is inspired by the band’s own frustrations with mental and physical clutter, and an inability to make emotional connections, or at least the perception of it. That’s the album’s artwork above.

“I began to question my humanity, and if it was always as sincere as I thought, or if it was a performance,” guitarist Andrew Savage says in a press release. “I felt like a sort of malfunctioning apparatus. Like a machine programmed to be human showing signs of defect.” The band has released a new song from the album, titled “Dust,” the video of which you can watch below.