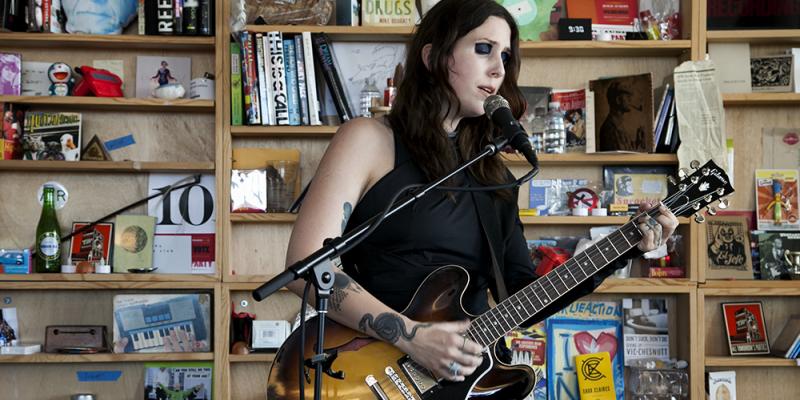 Chelsea Wolfe is the latest artist to enter the NPR Music studio to perform a Tiny Desk Concert. The 15-minute performance finds Wolfe performing solo, stripped-down versions of songs from her latest album, Abyss, showcasing an entirely unexpected side to some typically huge-sounding songs. They’re dramatically different from the versions that appear on the album, particularly “Iron Moon,” which goes from being a thunderous doom-metal dirge into a much quieter, yet still impressively stormy ballad. It’s all quite stunning, and intimate in a much different way than you might be used to hearing these songs. And yet, they still work just as well in this setting, which says a lot about her songwriting. Watch the full Chelsea Wolfe Tiny Desk Concert performance below.