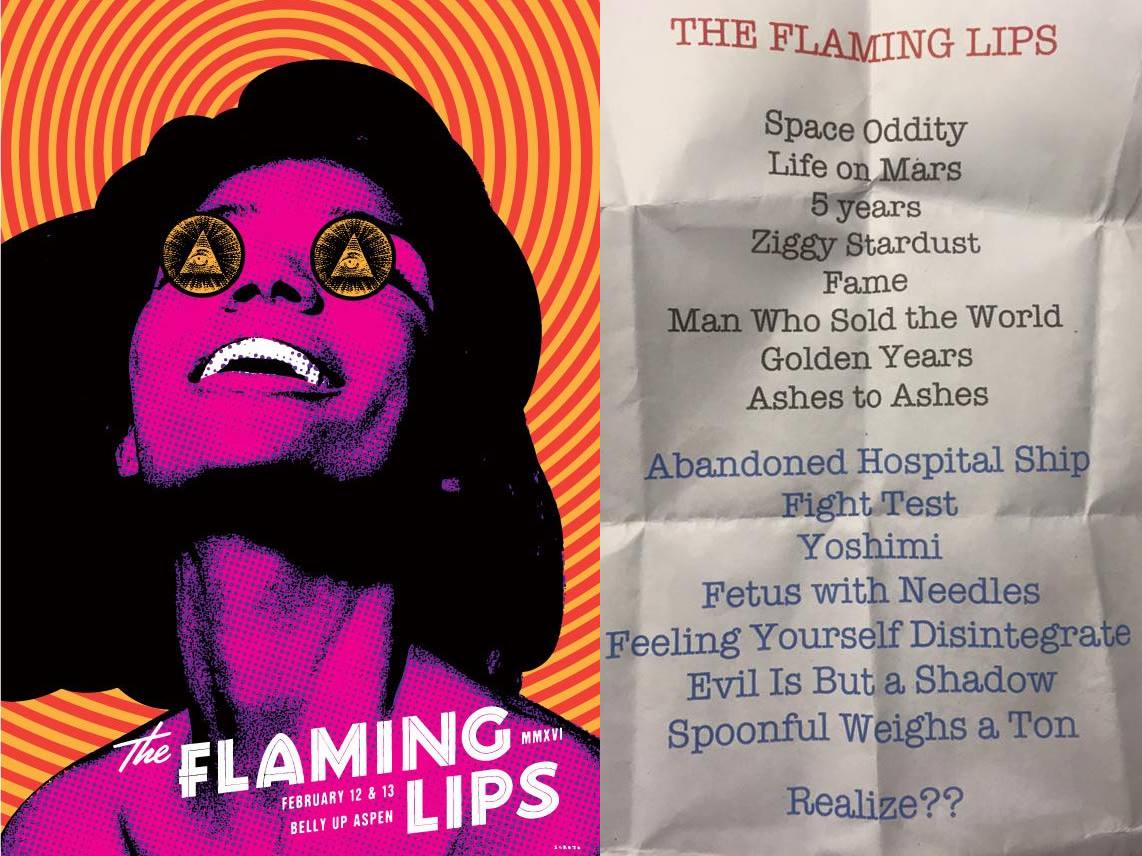 The Flaming Lips have a natural inclination to take on cover songs, some of which work out great and some of which aren’t terribly necessary. But on Friday night, the long-running psychedelic pop band took on a series of classic songs by the late David Bowie, who seems like a natural inspiration for their style of cosmic pop (there’s no way that Wayne Coyne doesn’t know every note of “Space Oddity” by heart, right?), and have even covered Bowie several times in their career. At the Belly Up in Aspen, The Future Heart reports, the Lips played a seven-song Bowie set featuring “Space Oddity,” “Life on Mars?”, “Five Years,” “Ziggy Stardust,” “Fame,” “The Man Who Sold The World” and “Ashes to Ashes.” They followed that up with a set of original material afterward, and the next night they played “Heroes.” Watch the Flaming Lips Bowie cover set below.