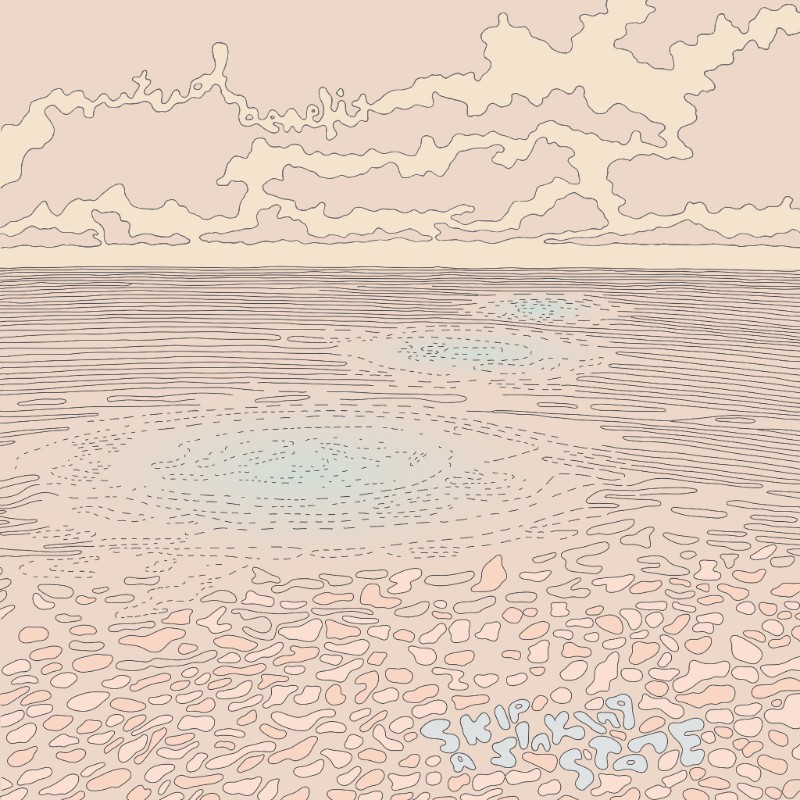 Jordan Lee, better known as Mutual Benefit, has just announced a new album. On May 20, Mutual Benefit will release Skip A Sinking Stone via Mom+Pop Music. It’s Lee’s first new album since 2013’s Love’s Crushing Diamond. That’s the artwork above. Mutual Benefit have also shared an animated video for “Not For Nothing,” which you can watch below.

“I kept coming back to how nice that was, throwing these stones against the water,” says Lee, explaining the album’s title in a press release. “I thought it was a fitting metaphor for the endeavors I have in my life—sometimes they work out and sometimes they don’t. I think it’s a good exercise in accepting impermanence and failure and these things that are constant, and yet the activity of skipping stones is really relaxing and beautiful.”