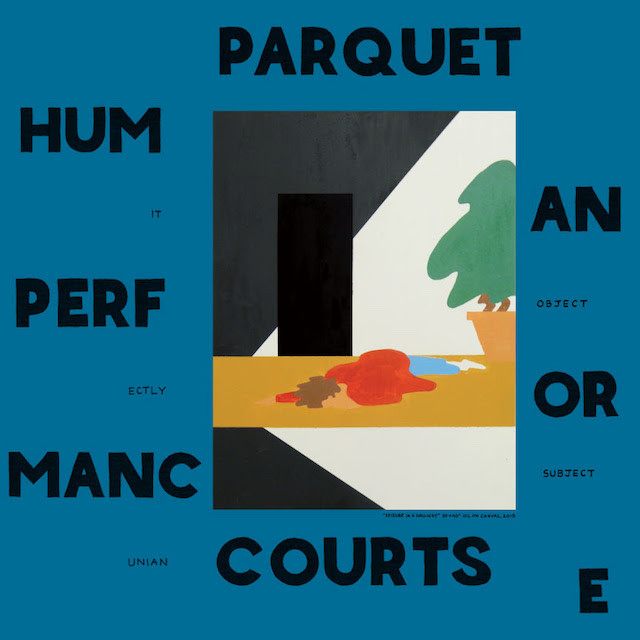 Parquet Courts have made a career out of finding comfort in anxiety, but late last year it sounded as if they had finally teetered over the precipice. On November’s Monastic Living EP, the New York indie outfit abandoned the witty, jangle-forward post-punk sounds on which they made their name and replaced them with a series of willfully difficult, atonal, dissonant experimental tracks with little in the way of melody or much takeaway value at all. It felt more like a shrug than a primal scream, as if all the nagging existential crises that fueled their past work ultimately only mustered up a few frustrated groans instead of a proper exorcism. On the EP’s only proper rock song, “No, No, No,” frontman Andrew Savage even appeared to be throwing up his hands in retreat: “Don’t want to be cited, tacked onto your cause… I’m just a man.”

Monastic Living felt like a peculiar addition to Parquet Courts’ catalog, not merely because it didn’t sound much like anything else they’ve done but because of how much it sounded like a genuine breakdown of the system. Every band has its moments of wild-card experimentalism, but in this case, it sounded like Parquet Courts were trying to tell us something. And that something didn’t feel right. Just four months later, the band released “Dust,” the first single from fourth album Human Performance, and their most compelling groove since 2014’s Sunbathing Animal, a reassurance of sorts that whatever breakdown or moment of catharsis Parquet Courts were going through, it was temporary. Yet Savage’s restrained mantra suggested something quite to the contrary, that those nagging anxieties were still very much finding their way into his system: “Suffocate, suffocate, breathe/ Dust is everywhere, sweep.”

Human Performance doesn’t find Parquet Courts any less burdened by crises, but they’ve taken on a slightly different form. In a statement ahead of the album’s release, Savage found himself questioning his own authenticity. “I felt like a sort of malfunctioning apparatus,” he said. “Like a machine programmed to be human showing signs of defect.” Where Monastic Living appeared like a malfunction in real time, Human Performance is a diagnosis in hindsight—an eloquent and splendidly arranged field report on emotional failures and disconnection through apathy. In layman’s terms, it’s more or less a breakup album, so it’s remarkable how joyful it ends up sounding.

The title track, an early standout from the album, finds Savage performing a poetic autopsy on a broken relationship, musing “Busy apartment, no room for grieving/ Sink full of dishes and no trouble believing that you are leaving.” He’s almost examining it like an outsider looking in, viewing his personal failings with bemused detachment. It’s a bit of a ruse; once the chorus kicks in and the distortion turns up, his echo-treated cries of “Witness and know!/ Fracture and hurt!” ring out with real anguish, as if to serve as a reminder of the real human heart in his chest and the blood that it pumps out into his veins. “Outside,” by comparison, maintains a consistent tone throughout, its under-two-minute jangle-punk progression a callback to Wire’s “Outdoor Miner” while Savage examines his own failings and complicity in plain view: “How do I blame all my carelessness on you, tell me?/ Taking is mostly what it sounds like.”

That so much of Human Performance‘s lyrical content is bathed in melancholy frequently contradicts the vibrancy of the music itself. At times, there are hints of the shrieks and squalls of Monastic Living, translated into genuine melodies, like the scratchy post-punk bounce of “I Was Just Here.” Far more frequently, however, the band puts aside their more antagonistic tendencies in favor of crafting richly detailed songs that go to show just how much they actually do give a shit. “Captive of the Sun” is one such highlight, a spacious psychedelic punk creeper peppered with slide guitar riffs and vibraphone. “One Man, No City” is another, wrapping layers of Velvets- and Television-inspired guitar around an “I Am the Fly” surge. Though “Berlin Got Blurry” is the most immediate track of the bunch, bouncing back and forth between a post-punk noir lead and giddily bouncy verses. By Parquet Courts’ standards, it’s a hit.

There’s a streak of irony running throughout Human Performance. For an album so concerned with an absence of whatever it is that makes us human, it’s overflowing with feeling, however subtly expressed. That feeling comes in a variety of shapes and forms, from melancholy to anxiety and longing. Yet the most prevailing feeling on Human Performance is the one that Parquet Courts have been pulling off since day one: Energizing, unrelenting, wisecracking fun. That’s something you just can’t fake.