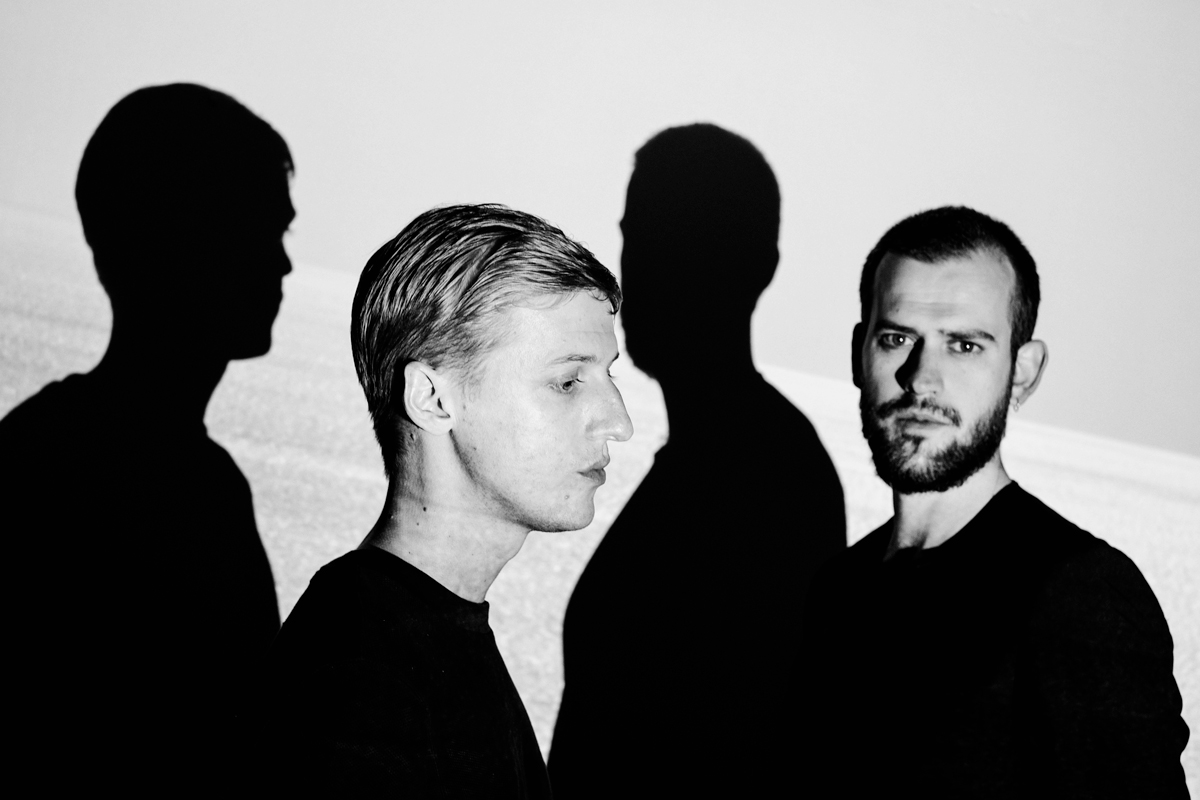 During a Skype call with Adam and Sam Sherry, the two brothers that make up New Zealand duo A Dead Forest Index, the sound of a squawking bird echoes in the distance. The two brothers are outside of a pub in Leipzig, where they recently moved after living in Melbourne and London (and before that, their home city of Auckland), and aside from their surprisingly loud, avian companion, it’s eerily quiet. The scene, in a sense, is metaphorical of the band’s art—sparse, minimal, and unsettling in the most fascinating ways.

On April 29, A Dead Forest Index will release their debut album, All That Drifts From Summit Down, via Sargent House. It’s an album built on minimal arrangements, sometimes little more than guitar, voice and a simple beat. But within those relatively stripped-down arrangements, there’s a whole expanse of sound and emotion, sometimes accessible, as on “Tide Walks,” and in other places chillingly dark, as on “Ringing Sidereal.” It’s not surprising that the company they keep is similarly invested in such dark aesthetics: The album features appearances by Savages guitarist Gemma Thompson, and this spring the band is touring with Chelsea Wolfe.

Treble spoke to the Sherry brothers about their travels across the globe, their new album and the influence of the natural world on their music.

Treble: When did you start playing music together?

Adam Sherry: Maybe probably together since about 2010, or late 2009. I started this as a solo project and I moved to Melbourne, and Sam kind of followed about a year later. Once we were in the same city again, we started playing together more as a band. So things started to progress around 2010. We’ve played in a lot of different bands in Auckland, when we were growing up. A lot of friends’ projects. But this was the first time where we really seriously collaborated.

Did you have a particular blueprint in mind when you began writing All That Drifts From Summit Down?

Sam Sherry: It all revolved around moving to a new place, Melbourne. We had this vision to work and perform music. But it was kind of… revolved around influences from a few sole sources. One of them was Scott Walker’s album The Drift. At the time we thought it was one of the darkest, heaviest things we’d ever heard. We wanted to sort of be as loud as we could with really sparse instrumentation, but it was very much about the voice.

AS: It was a mix of influences, but it was really about being direct and straight to the point. Really sparse.

Conceptually, is there a unifying thread that ties these songs together?

AS: Things slowly evolved from the time we started playing and this record. It’s kind of a summary of the layers collected over the years. It’s kind of a culmination we’ve worked on so far. So it’s kind of a reflection of that.

SS: It’s a travel narrative, in a way, for us. Everything we’ve been through is summarized through the album title.

There’s a lot of darkness to the music, but there’s also a lot of beauty…

SS: Something really vivid and colorful. But yeah, I mean, like Adam’s whole structure of writing harmonies and sort of… everything is centered around the voice. And I guess we have a similar way of fleshing out the music, but it always turns out to be this colorful, very vocal kind of thing.

AS: It’s a funny thing, influence wise. We grew up listening to a lot of medieval music and choral music and classical music. And then bands like Nirvana and other influences. So yeah, I don’t know how to describe it. But the voice is something central to the record.

You’ve since moved to Leipzig from Melbourne—what brought about the move?

SS: It was interesting. We came across this amazing town, Leipzig, on our travels. And we were really impressed by the place and it’s atmosphere. We were living in London for the last year. As a lot of people know it’s a very tough place for musicians and artists. We felt really ready to leave and set off on some adventure somewhere else. It’s still very new to us.

AS: We’ve only been here about a month. We have some friends here. But everything here flows a little more easily than in London. We’ve always very much loved London and it’s like a second home, but it’s also a very corporate city and a very hard city. Everyone I know has left or is leaving London. Unless you’re making very good money, it’s kind of impossible now.

Images of the natural world seem to come up a lot in your music: “Tide Walks,” “In Grayness of the Water,” “Upon Dark Hills.” What inspired this kind of imagery?

AS: Growing up in New Zealand, that’s your world. We grew up in the north of Auckland, right on the coastline, and it’s a beautiful country. Auckland is dominated by a volcano ring, so the natural world is very present. We’ve lived in London, and Melbourne and now Lepizig, so you have all those elements, but living in New Zealand it’s very much a part of your life and your subconscious, so it seeps into what we do. That source of life just flows into your work.