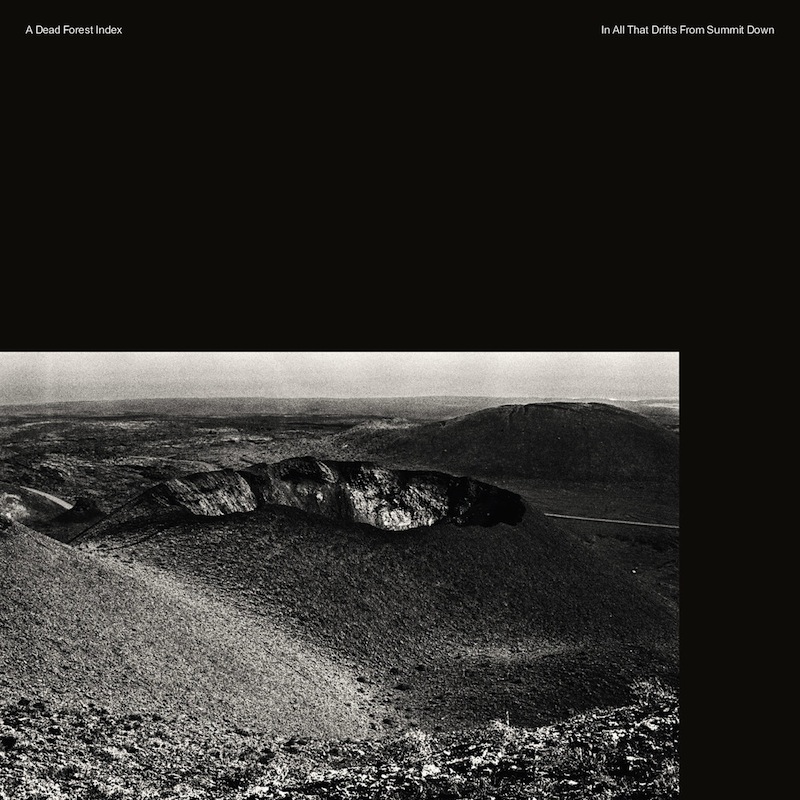 Based on the company they keep and the influences they cite, A Dead Forest Index give the impression of being a band consumed by intense, overbearing darkness. The New Zealand duo, who are now based in Leipzig, Germany, have toured with Chelsea Wolfe and released their 2014 Cast of Lines EP via Savages’ Pop Noire label. For that matter, Savages’ guitarist Gemma Thompson appears on the band’s Sargent-House-released debut album In All That Drifts From Summit Down, and recently married the group’s drummer, Sam Sherry. And when asked about the elements that go into the making of their music, A Dead Forest Index cited Scott Walker’s amazing, terrifying 2006 album The Drift as a chief influence.

The music that A Dead Forest Index makes isn’t nearly that ferocious, however. The kind of darkness that they embody is subtler and more melancholy than one that evokes an all-encompassing doom. It’s not heavy music by any conventional stretch; album highlight “Summit Down” is a spacious and pretty waltz that gets by on little more than a stark beat and guitar and organ chords. It’s a sparse slowcore gospel number that’s haunting and chilly, yet feels oddly comforting in its own strange way.

That A Dead Forest Index don’t shy away from a major chord or an uplifting melody doesn’t diminish the darkness they wield in any way, however. When they do usher in an ominous chill, it can be devastating in a subtle way. “Ringing Sidereal,” a showcase for starkly ringing Angelo Badalamenti-style guitar and eerie crashes of bass drum, is just unsettling enough a track to disturb one’s sleep. And “Upon Dark Hills” has a funereal quality created by the wheeze of harmonium, the effect not unlike a more menacing take on the atmosphere on Nico’s The Marble Index.

The greatest moment on In All That Drifts From Summit Down is “Myth Retraced,” by some margin the most urgent and powerful track of the bunch, calling to mind the recent works of PJ Harvey more than Low or Scott Walker. Its intricate blending of Adam Sherry’s breathy vocal tone and Thompson’s dense guitar layers build up the band’s chilly dirge into something that leaves a deeper impact. Much of In All That Drifts From Summit Down is about hints and traces of things—of memories, landscapes and people. Here, however, it’s right there in front of you, a breathtaking realization of shadows made flesh.