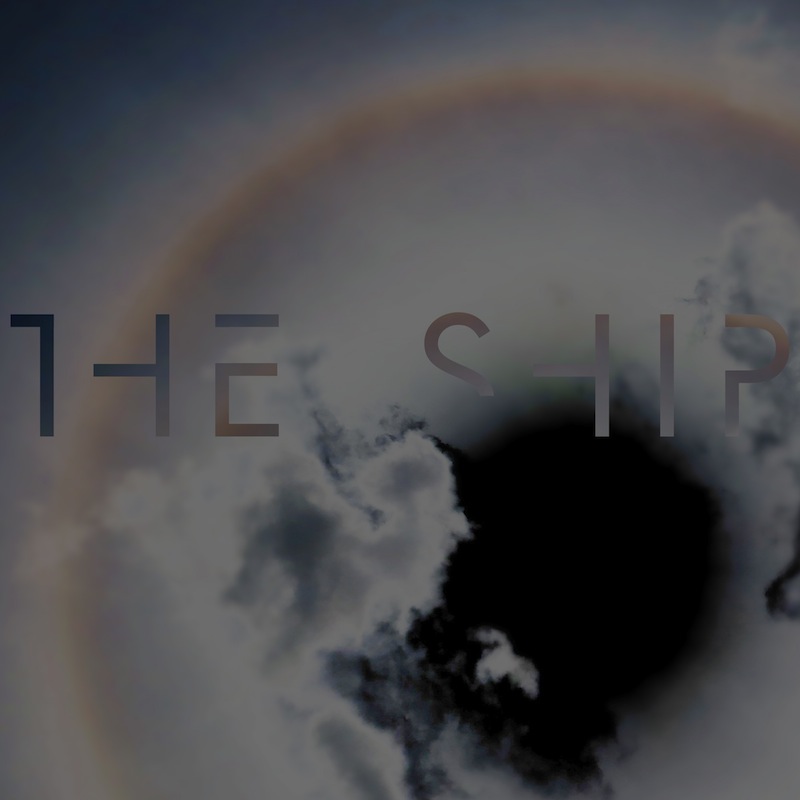 Brian Eno’s ambient music, and the more restrained of his solo rock albums like Another Green World, always felt like it stemmed from an obscurely empathetic perspective. This shouldn’t be a great revelation as works like Music for Airports were intended to both accompany and absorb public environments. It’s almost as if one of the last half-century’s most authoritative philosophers about music technology was almost reticent to use it. For that reason Eno’s work has been both extremely influential and uncopiable. Lesser hands would let technology take too much of the work over, whereas Eno always treated the listener like an unmentioned but very present character in the story.

The Ship is an outgrowth of Eno’s recent “immersive installations” at museums and galleries across the world. For one such work, 77 Million Paintings at the Glenbow Museum in Calgary in 2011, the press release explained that Eno’s music and visuals were “‘generative’ – a technique where the artist has no control over the final outcome. Eno developed special software to display images as randomly overlapping, constantly moving patterns of colour and light. Then, he lets a computer arrange the pieces and randomize the parameters for the artwork to exist within.” This technique guaranteed a different effect for each patron in the experience.

The same directed volatility informed Eno’s strategy for The Ship, which somewhat surprisingly is the first time Eno’s combined his vocals with ambient music. Anchored with two tracks that clock in at over eighteen minutes each, The Ship establishes a broad, patient pulse with whole tones, then slips in mood detail and remote information at different waves and levels throughout the expanse of the tracks. Moments of uncertainty—brief rhythmic ruffles, detuned orchestras, distant and illegible voices—coax into the ambience and almost oppose it.

Part of that opposition has to do with how Eno expands his reach on The Ship. Eno’s empathetic ambient works have felt small and intimate. Listeners connected the sparse music and quietude to themselves. The Ship works inversely to that. Its codes are basically the same, but the effective images are large, global. The title track drifts along on an expansive sea that feels more open as it goes along, growing with realization and the inevitability of largeness.

“Fickle Sun (i)” slowly unravels into the amplitude of global information and possibly infinite space itself. Technology sounds like it’s encroaching toward its terminus as rough sonar beeps and shuttering cameras slip themselves into the musical stream without much warning. Softly disconnected speaking voices chatter in the background, suggesting the confusion of a morning wake-up sequence, and “(i)” ends with the uncertainty of diminished chords. But toward the middle intrusive, dreading brass barges in—for Eno, an unusually aggressive, forboding move.

The lyrical approach is a mad-genius combination of human input and mechanical method. Eno fed long strings of text into a Markov word generator, which spat out reams of algorithmically shuffled and sifted phrases, from which Eno selected his favorites. The texts he fed were related to the soldier experience of World War I (including off-color shanties) and descriptions of the sinking of the Titanic. (For good measure he included some email disclaimers and correspondence in the feeds as well.) This use makes for some decent direction in the title track, but on “Fickle Sun (i)” it really shakes up the security and well-being of the planet: “The dismal work is done… Cumulus of pride and will… Humans turning back to clay.” I’m a bit apprehensive that the machines are telling me this, but they’re good at their job. And on “Fickle Sun (ii): The Hour Is Thin,” over single piano notes actor Peter Serafinowicz reads a poem constructed from Markov fragments that are almost beautifully cogent: “I was a hard-copy version… tired with what the world has yet brought forth, with the women waving at war, and the news that war is faith… the universe is required. Please notify the sun.”

Eno’s vocals, long targeted for their lack of effect (see: The Jazz Butcher’s lampoon “When Eno Sings”), are the most soulful he’s ever put out, especially when nearly belts out on “Fickle Sun (i).” On both of the long tracks his vocals are affixed with Vocoder-like “twins” harmonizing with his natural voice, suggesting partnership. “Fickle Sun (i)” takes its melodic cues from pentatonic work songs, bringing a Middle Ages connection into the hyperfuturism. But on the set’s closing cover of the Velvet Underground’s “I’m Set Free” (or “Fickle Sun (iii)” as it’s represented on the album) he layers up faux-gospel three-part harmonies straight from Before and After Science to end the set on a hastily delivered relief.

The Ship works much differently once you know the details of Eno’s methods. When you realize the extent that randomness plays on the creation of the work, then you’re more attuned to finding out what the lyrics, swells and contractions of the music might possibly mean. Even with the sense of the irrevocable in the songs themselves, that’s just something Eno would aim for. Despite being recorded for posterity, The Ship is a pretty good simulation of his immersive installations: Its rewards happen on a micro-level, and are different for everybody who walks within. 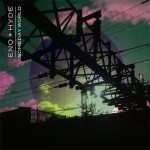 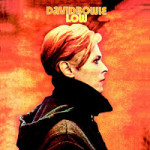