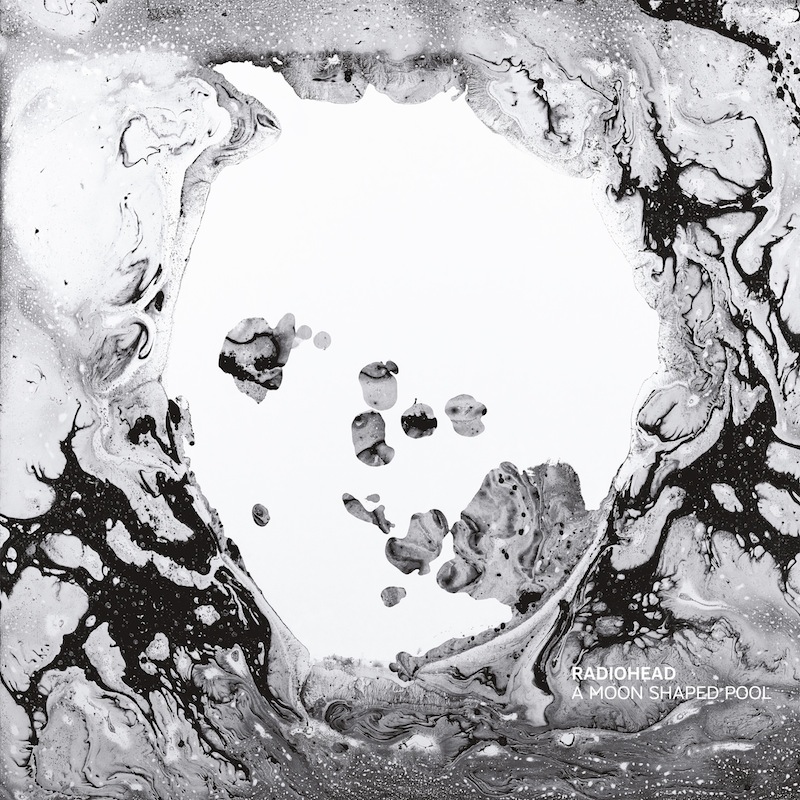 Over the course of their 31-year career, Radiohead have constructed, intentionally or not, a dense and intricate mythology for devotees to obsess over. In many ways, the band strikes the same cultural nerve as shows like LOST. Fans have spent many blog entries and message-board posts constructing theories as to whether a hidden booklet in the jewel case of Kid A predicts 9/11, or whether OK Computer and In Rainbows are meant to interlock together to form one massive binary-code concept album. It’s this level of meaning-making—often bordering, if not flagrantly embodying, apophenia—that among fans has given Radiohead’s catalog the air of sacred texts to be dissected, interrogated. Even more interestingly, it transforms Radiohead’s unreleased material the stuff that they’ve only performed live, or just mentioned offhand one time, into a sort of apocrypha waiting to be canonized.

Radiohead’s ninth studio album, A Moon Shaped Pool, feels like the logical conclusion to much of that mythologizing. Part of that comes from the band finally releasing definitive versions of quite a few of the songs they’ve been kicking around for a while. Opener “Burn the Witch” was first hinted at in the album art for 2003’s Hail to the Thief and quickly became a white whale for Radiohead fans; they’d call for it at live performances and Thom Yorke would sometimes respond by puckishly teasing a few piano chords. Closing track “True Love Waits,” meanwhile, had only before been known by the live, guitar-centric version featured on their 2001 I Might Be Wrong live EP. And a majority of the songs in between—“Desert Island Disk,” “Ful Stop,” “Identikit,” “The Numbers” and “Present Tense,” specifically—have previously surfaced as live versions, finally congealing into something fully realized here.

In some ways, A Moon Shaped Pool serves as a collage of Radiohead’s different eras, bringing songs that have been around since The Bends together with songs written alongside The King of Limbs. The achievement of the album is in making them sound of a piece without making the record a retread of their previous work. It does so by placing its antecedents in open contrast. “Burn the Witch” places most of its focus on Jonny Greenwood’s twitching orchestral strings that have lent so much of Radiohead’s catalogue its stately heft, but bubbling beneath them is a synth and a programmed drum beat whose blatant artificiality creates a tension within which Yorke’s venomous lyrics can reside. “Identikit,” meanwhile, starts with vocal harmonies and a bouncing bassline that recall In Rainbows standout “Nude” before abruptly swerving through menacing guitar rock and ascendant synthesizers. None of these sounds are unfamiliar within the band’s discography, but never have they occupied quite the same space.

There are some new items in the mix as well; there’s a distinctly Latin influence driving “Present Tense,” while “The Numbers” is the most overtly Neil Young-inspired folk tune the band have ever done. None of it amounts to a sonic reinvention on the scale of Kid A—though we arguably got one of those with the unfairly maligned The King of Limbs—but it’s a welcome evolution and refinement of what the band have been doing so well for so many years.

Tonally, this is as much a record about isolation and fear as OK Computer, a definitive statement on the subject — though where that record was permeated by bitter anger, A Moon Shaped Pool is more shaped by heartbreak and resignation. “Decks Dark,” one of the album’s few completely new songs, strongly echoes “Subterranean Homesick Alien” with its extraterrestrial imagery and painful sense of alienation. Yet, while in that song the aliens represented acceptance and fulfillment, here they’re menacing forces that drive Yorke’s narrator further into isolation. Musically it’s softer, but this record out-bleaks OK Computer.

A Moon Shaped Pool is permeated by heartbreak, most explicitly on “Glass Eyes,” a bare, confessional song that again signals a retreat into loneliness; “Identikit,” meanwhile, moves from political lyrics about willful ignorance to the vulnerable refrain, “Broken hearts make it rain.” “Present Tense” is also about retreat and escapism—“As my world comes crashing down / I’ll be dancing, freaking out / Deaf, dumb and blind,” Yorke sings—but there’s none of the acidic edge that would have made that line a sardonic criticism on previous Radiohead albums. Here, Yorke sounds resigned, defeated.

By now, most have agreed that some of this bleak loneliness stems from Yorke’s break-up with his long-time partner, Rachel Owen, last year. It’s an interpretation that Yorke seems to invite; his reversed, pitch-shifted vocals at the end of “Daydreaming” appear to repeat “Half of my life / Half of my love.” (He was 46 when the relationship ended; they had been together for 23 years.) That line, another mystery left for fans to decode, probably isn’t the keystone to the whole album; Yorke’s anxieties about our political and ecological climates almost certainly inform the paranoia of songs like “Tinker Tailor Soldier Sailor Rich Man Poor Man Beggar Man Thief” and even the early part of “Daydreaming.” It only compounds the sense of resignation. Both of Yorke’s worlds are crashing down, and there’s nowhere for him to hide.

If there’s any point of catharsis or hope on the album, it’s in the call-to-action tune “The Numbers,” a populist anthem that feels particularly relevant to 2016 politics. “We’ll take back what is ours,” Yorke promises after an orchestral surge from Greenwood. It’s intentionally vague and a little trite, but it’s a moment of hope on an album that desperately needs it. But that makes closer “True Love Waits” even more devastating. Reimagined here as a lush piano ballad, the song’s pleas to a lover not to leave take on a weight they didn’t have before. Like much of A Moon Shaped Pool, it’s more personal than we’re used to from Yorke, and the result is a beautiful moment of deep dejection and hopelessness, unresolved and raw.

A Moon Shaped Pool, unlike The King of Limbs and Amnesiac—two minor records from a band not allowed to make minor records—possesses the sense of scale that made OK Computer and In Rainbows such big statements. As with the band’s best records, there’s plenty of mystery for listeners to chew on and dissect. Which came first, the track titles or the alphabetical ordering? And what is the significance of that title? (As with In Rainbows, it takes its name from layered background harmonies from the album’s seventh track—though what Yorke sings on “Identikit” following the words “A moon-shaped pool” are almost comically indecipherable.) It’s an album that demands to be pored over. Or, you know: a Radiohead album. 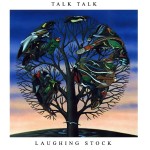