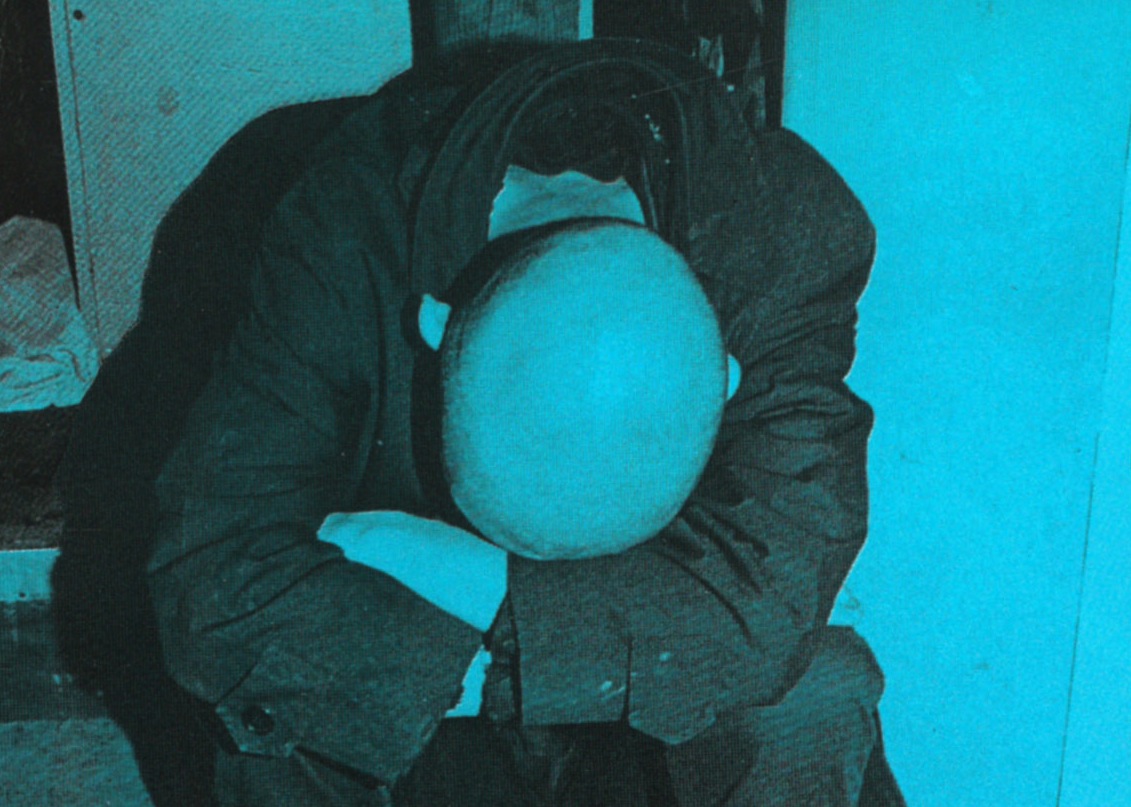 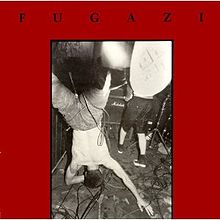 “I wait, I wait, I wait, I wait.” In the right crowd, this response is as automatic as yelling “ba, ba, ba” after “Swe-e-et Caroline.” The obedience doesn’t stop there. Half of the crowd channels Ian MacKaye and the other half Guy Picciotto in the call-and-response lyrics (and whom you choose doubles as a personality test; angry yet controlled MacKaye or desperate and unrestrained Picciotto). Joe Lally’s bass lick in the beginning foreshadowed a signature sound for the band. As the first song on Fugazi’s first EP, “Waiting Room” distanced MacKaye from his hardcore roots in Minor Threat and authenticated Fugazi as the pioneers of the post-hardcore sound with authority. – CG 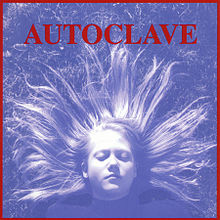 Mary Timony was always destined to be a guitar hero. She had all the makings of one back in the early ’90s as a member of the short-lived Autoclave, fronted by Christina Billotte, later of Slant 6. Her riffs soared higher and with more dramatic flair than those of most D.C. punk contemporaries. That her badass fretwork was matched with complex and atypical rhythmic meters resulted in a unique collision of sounds, essentially playing math rock before such a term began buzzing around the indie rock watercooler. “Go Far” is one such blending of elements, Timony’s licks adding a sinewy melodic element to a constantly changing pulse. It’s not Meshuggah, but there’s something admirable about how the group managed to find a proper middle ground between Slint and Van Halen. – JT 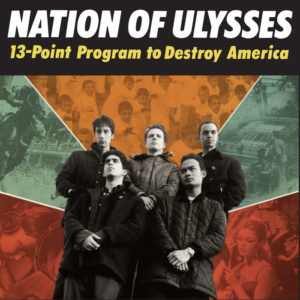 Never let it be said that Dischord didn’t have a sense of humor. Though the label’s known as much for its progressive politics as its pedigree in punk and hardcore, featuring The Nation of Ulysses (and frontman Ian Svenonious’ next band, The Make-Up) suggested that it wasn’t all so stoic. Satirical revolutionaries, The Nation of Ulysses adopted a look and a manifesto a la the Symbianese Liberation Army that was later borrowed liberally by Refused, albeit without the satire. “Spectra-Sonic Sound,” the cannonball opening track from the band’s debut, proves that they’re also one of the most ass-kicking on the roster. They just happen to be plotting a coup against the oppression of candy. Wait, what? Yeah: “Sugar teeth, gums that bleed, raise your voice at the chorus with me!” Honestly, though, this song could be about anything and it’d still destroy. – JT 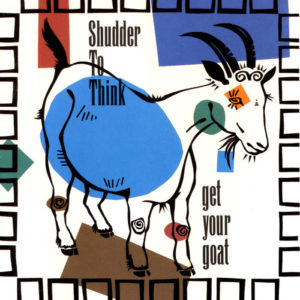 It’s hard not to go directly to “Red House” for Shudder to Think’s definitive song of the Dischord era. It’s one that lived many lives through their career, but the more crucial one to their evolution would be “Shake Your Halo Down.” A stronger indication of the post-hardcore-informed art rock that comprised 1994’s major label debut Pony Express Record, this early highlight found them embracing weirdness in a wonderful way. Its rhythms off-kilter and its chord progression just slightly abrasive, it builds up to a glorious chorus in which Craig Wedren unleashes the kind of range typically heard in concert halls rather than on hardcore labels. It’s easy to see why a major label would take interest, though Epic likely couldn’t have predicted that they’d deliver something far weirder than this would suggest.  – JT 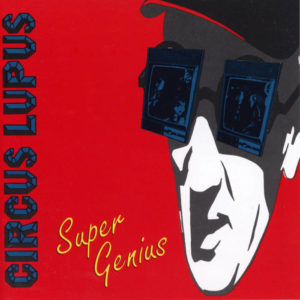 Circus Lupus – “Straight Through the Heart”
from Super Genius (1992)

Washington D.C. punks Circus Lupus had a more frantic and frenzied approach to post-hardcore than many of their Dischord peers. Though displaying some of the dub-funk grooves that Fugazi espoused and some of the frayed edges of The Nation of Ulysses’ full-throated assault, Circus Lupus always seemed on the verge of total chaos. It’s to their credit, then, that they never fully came apart at the seams. “Straight Through the Heart” is a prime example of the intensity and rhythmic dexterity they showcased, their playful time-signatures and mosh-pit whirlwind approach putting them closer in aesthetic to west coasters like Unwound or Drive Like Jehu than D.C.’s MVPs. – JT 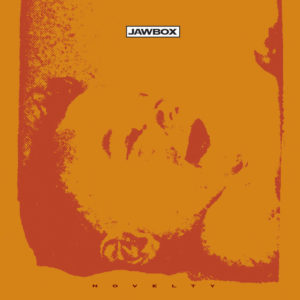 The most radical and innovative developments of Jawbox’s post-hardcore songwriting actually happened after they signed to Atlantic and released For Your Own Special Sweetheart, making them one of only two to leave Dischord for a major (the other being Shudder to Think, who got a lot weirder with a bigger recording budget). “Tongues” is the bridge between the band’s rawer indie origins and the bold path of radio-friendly abrasion they’d come to embrace (with moderate but not Nirvana-level success). “Tongues” has all the makings of a post-hardcore triumph—atypical chord structures, driving rhythms, Kim Coletta’s taut and heavy bassline and an anthemic chorus that splits the difference between gang vocals in the pit and passenger seat karaoke. It’s not a hit, but it’s a proof of concept. – JT 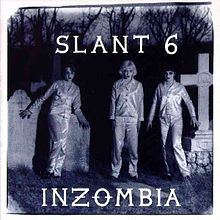 A Washington, D.C. trio that rose to prominence parallel to riot grrrl bands in the Pacific Northwest in the early ’90s, Slant 6 paired their melodic punk anthems with female empowerment and more than a dose of The Cramps’ ghoul-rock aesthetic. “Babydoll” is a prime example, featuring surf-rock riffs and a groovy Halloween party vibe, though Christina Billote’s lyrics are less campy in this particular instance. “I don’t want to be a part of your test,” she sings, offering a warning. “I’m not your babydoll—Don’t call me anymore.” – JT 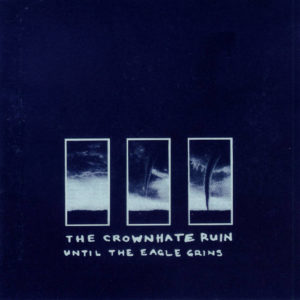 The Crownhate Ruin – “Piss Alley”
from Until The Eagle Grins (1996)

It’s a shame that The Crownhate Ruin occupies such a small space in the history of post-hardcore (a mere 4,500 Last.fm listeners compared to Hoover’s 40,000)—especially when considering they basically are Hoover, to a large extent anyway. After Hoover dissolved in ‘94, bassist Fred Erskine and guitarist Joe McRedmond called on drummer Vin Novara and started the Crownhate Ruin, so it’s not surprising that the two bands are so musically similar. Like Hoover, they only released one LP, Until The Eagle Grins, a mere two years after The Lurid Traversal of Route 7. “Piss Alley” is the album highlight, which follows an interplay between Novara on drums and Erskine on bass. For all its unhinged aggression and ostensible lack of restraint,” Piss Alley” is rather intricate. Like much of post-punk, the bass really plays a crucial part here (which makes the whole genre of post-hardcore so appealing) and the song—and band—would suffer without it. Erskine would also go on to lend his talents in June of 44, which made use of even more complex time signatures and post-rock nuance. – BB 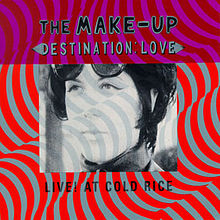 After The Nation of Ulysses broke up, frontman Ian Svenonious took his talents to The Make Up, whose garage punk was a bit less of a cannonball to the gut and more of a hypno-ray to the hips. Listening to “Here Comes the Judge” (from a faux-live album that featured crowd noise borrowed from MC5), The Make Up certainly share a lot of the agitated qualities of The Nation of Ulysses, no doubt a result of Svenonious’ own manic yelps. But it grooves a little deeper, creeps a little slower, and urges those tight pants to start swiveling. – JT 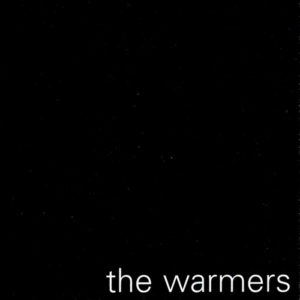 For better or worse, Ian’s brother Alex MacKaye is probably best known as the subject of the iconic photograph on the self-titled Minor Threat EP. But he was a dynamic songwriter and frontperson in his own right, as best showcased by his band The Warmers, which featured noteable Dischord players Juan Luis Carrera (bass) and Amy Farina (drums). On this dynamic track off their s/t 1996 release, The Warmers channel Minutemen-like riffs filtered through a distinctively Dischord ethos. As MacKaye yells “Rhetoric!” he sounds every much as coarse and convincing as his brother; solidifying The Warmers as yet another groundbreaking Dischord act that flew under the mainstream radar. – ATB 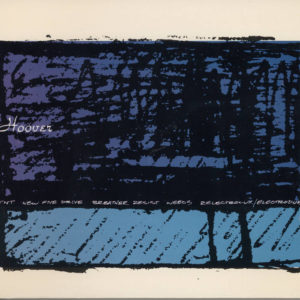 I’ve never consciously sought out ASMR, but from what I’ve read about it, the part at 1:10 in “Breather Resist” when the instruments come in suddenly—after a minimal intro—is probably what it feels like. And that riff that follows? I fall to pieces every time. (Not to mention that fucking bass. It’s, like, auditory orgasm.) The song itself mostly follows a Spiderland-esque formula of loud/quiet, but reaches a level of transcendence that’s on a whole different plane than what Slint was doing at the beginning of the decade. Seriously, “Breather Resist” is just a perfect song. They recorded it for their self-titled “reunion” EP, three years following their incredible—and only—LP, The Lurid Traversal of Route 7. Perhaps the years had given them a chance to refine their sound, crisp up the production? At a Last.fm listener count of 40,000, I wouldn’t call Hoover unknown. But underrated? Absolutely—especially considering that they are one of the most influential post-hardcore bands to ever exist.- BB