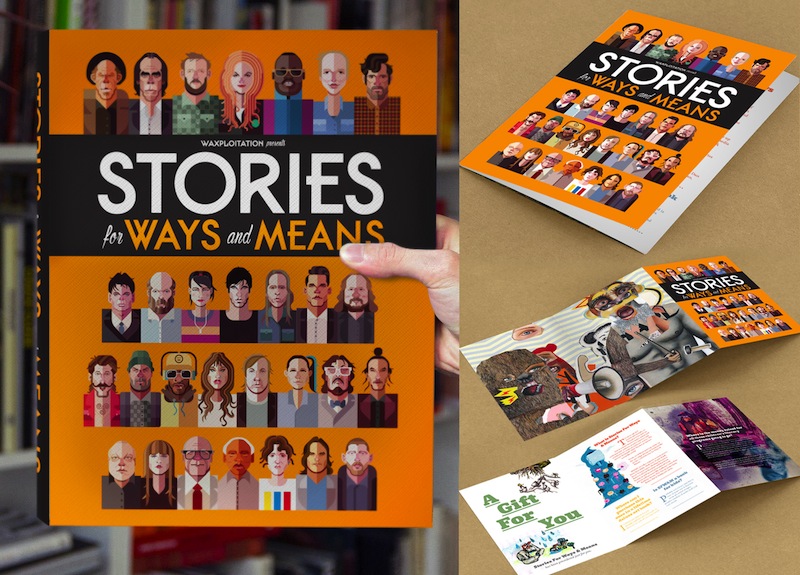 Waxploitation Records is releasing a book titled Stories for Ways and Means, featuring fiction contributions from songwriters, singers and comedians paired with original illustrations. The hardcover book is 10 years in the making, and began when label founder Jeff Antebi asked some of his favorite artists to take part in the project. The book will feature stories written by Tom Waits, Nick Cave, Frank Black, Laura Marling, Bon Iver’s Justin Vernon, Devendra Banhart, Del the Funky Homosapien, The Kills’ Allison Mosshart, Gary Numan, John Vanderslice and many others, all of which are fully illustrated. The stories will also be narrated in a series of short promo videos featuring Danny DeVito, Zach Galafinakis and Nick Offerman, among others.

Proceeds from the sale of the book will benefit children’s literacy programs, including Pencils of Promise, Room to Read and 826 National. Purchase and find out more about the book here, and watch a promo video below.