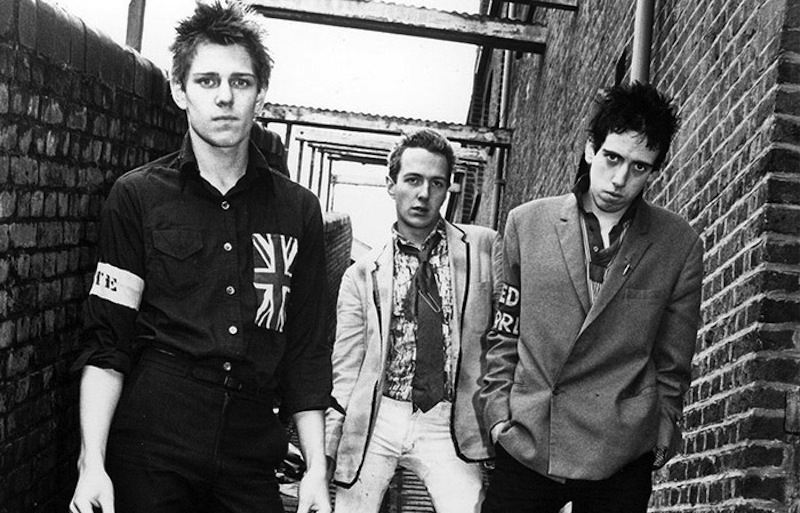 This week marks the 40th anniversary of The Clash‘s self-titled debut album, one of the most important and essentially perfect documents of the punk era. With the release of this album, The Clash helped popularize a highly political and musically intense form of rock music that hasn’t lost its bite or its influence today. The Clash’s music has become ubiquitous to a point in rock music, their furious two-minute anthems now cemented as a form of “classic rock” adjacent to the more bluesy, mainstream music happening at the same time or just a few years before. They were once dubbed “The only band that matters,” and though that’s not exactly true, they sure as hell did matter. They still do.

In the band’s first five years or so, it was essentially impossible to separate them from their home city of London. London was a backdrop for the activism and anarchy in their songs. It was essentially a character in their storylines. The Clash lived in London, performed in London, and observed London as a microcosm of society as a whole. And though to hear one of their songs isn’t necessarily to get the full picture of British life in the ’70s, if you squint during “Lost in the Supermarket,” or “The Guns of Brixton,” or “London’s Burning,” you can almost picture yourself there.

I took a trip to London in February to visit the places where The Clash performed, lived, wrote about and frequented. Join us as we take a tour through The Clash’s London. 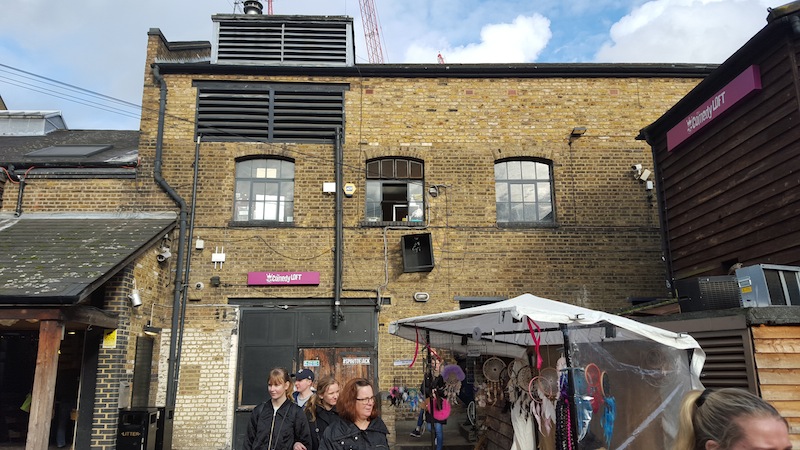 Anyone that owns a copy of The Clash’s self-titled 1977 debut has seen this landmark, however distorted it looks in the now-famous image. In the late-’70s, the band’s home base was a rehearsal studio called, naturally, Rehearsal Rehearsals, located in Camden next to a British Rail Goods yard. The photo that adorns the album was taken right outside the space, which has since become a part of Camden Market, a bustling marketplace featuring art, clothing and secondhand goods alongside food vendors, and just yards from famed punk venue Dingwalls, which is still open today. The market looks considerably different today, as it’s much more of a tourist destination, but this is, in a sense, where it all started. (Also, if you take a short walk down the road, you can buy some more punk records at All Ages Records.) (Camden Lock Place) 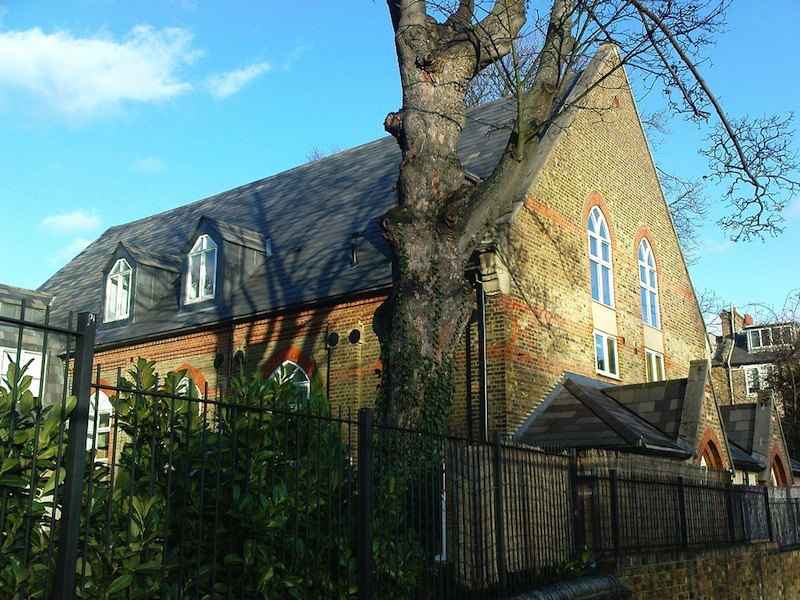 The site of the recording of The Clash’s most celebrated album, 1979’s London Calling, and parts of its sprawling 1980 follow-up triple album, Sandinista!. In fact, it’s a site at which many famed recordings were captured, including those by The Sex Pistols, The Damned, Talk Talk, Rolling Stones, XTC and Queen. A hall inside of the gothically designed St. Augustine’s Church, built in the 1800s, it was converted into a recording studio in the 1960s. Yet while it was used in the making of quite a few legendary albums, the studio has since suffered the fate of just about every other studio in a gentrifying neighborhood: It’s been converted into condos. (108 Highbury New Park) 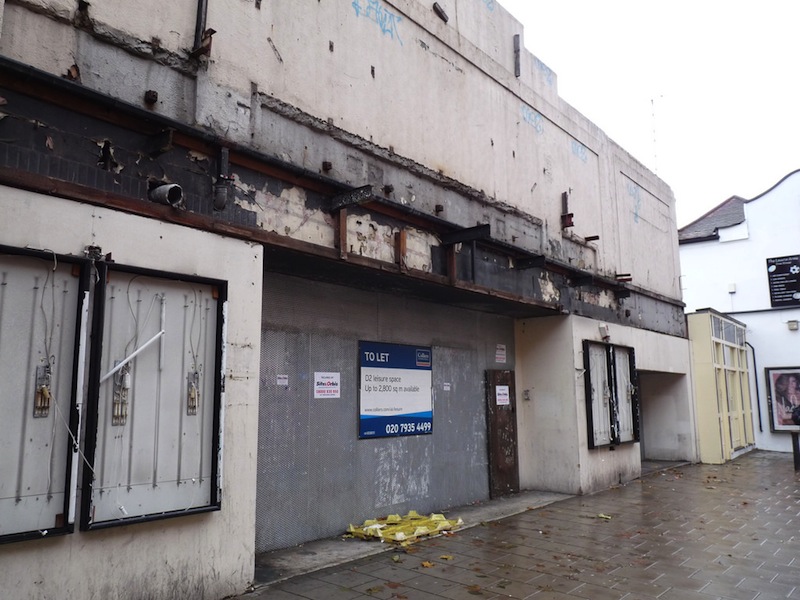 Hammersmith Palais was already established as a concert venue for almost 60 years by the time Joe Strummer made it the site of his famed music-criticism-in-a-song anthem, “(White Man) In Hammersmith Palais.” In the song, Strummer criticizes the lightweight fluff of the pop reggae bands being marketed at the time, as opposed to the more politically conscious roots reggae that he’d become a fan of. The song itself is heavily influenced by reggae, though is still more punk than anything. The venue itself was a concert hall from 1919 up to 2007, when it was condemned and ultimately demolished. So you can’t actually visit the Palais anymore, but you can visit the new construction there, which is now a residence hall for university students. (242 Shepherds Bush Road) 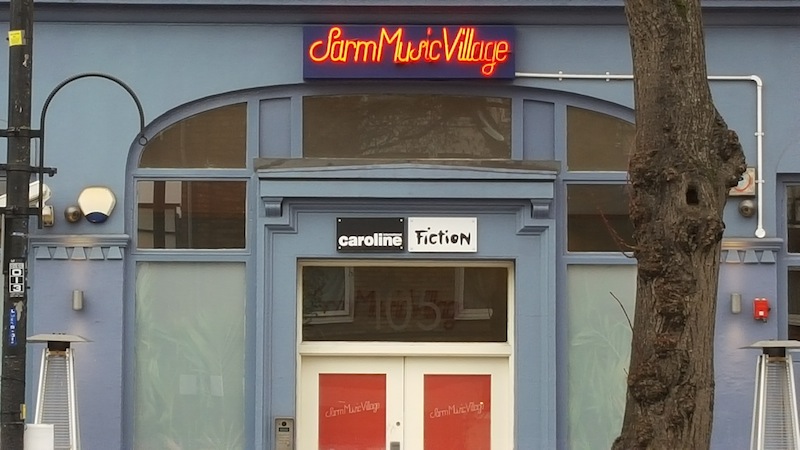 The Notting Hill neighborhood of London houses a studio complex that’s been used to record countless artists, including Iron Maiden, Roxy Music, Nick Drake, Robert Palmer, King Crimson, Depeche Mode, Brian Eno—the list is insanely long. That, of course, includes The Clash, who employed the studio to record their sophomore effort Give ‘Em Enough Rope, released just a year after their 1977 debut. The studio’s name was later changed from Basing Street to SARM West (an acronym for Sound and Recording Mobiles). In 2011 a large-scale renovation project began in an effort to add more recording space, office space and living quarters. (105 Ladbroke Grove) 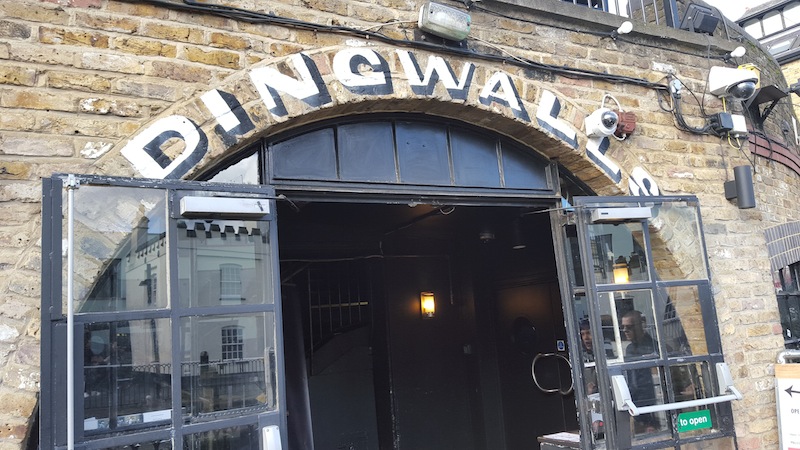 Dingwalls Dance Hall opened in 1973 in the neighborhood of Camden in London, just around the corner from The Clash’s rehearsal space, Rehearsal Rehearsals. It became a popular hub for live music in the ’70s, hosting countless up-and-coming acts in the burgeoning punk movement, both British and American (including a now-legendary UK debut for Blondie that ranks as one of the venue’s rowdiest shows). The venue, which is still open and regularly hosts live music, was the site of a notorious fistfight between The Stranglers’ bassist Jacques Burnel and members of The Clash and the Sex Pistols. The fight made headlines throughout Britain in 1976. (Middle Yard, Camden Locks) 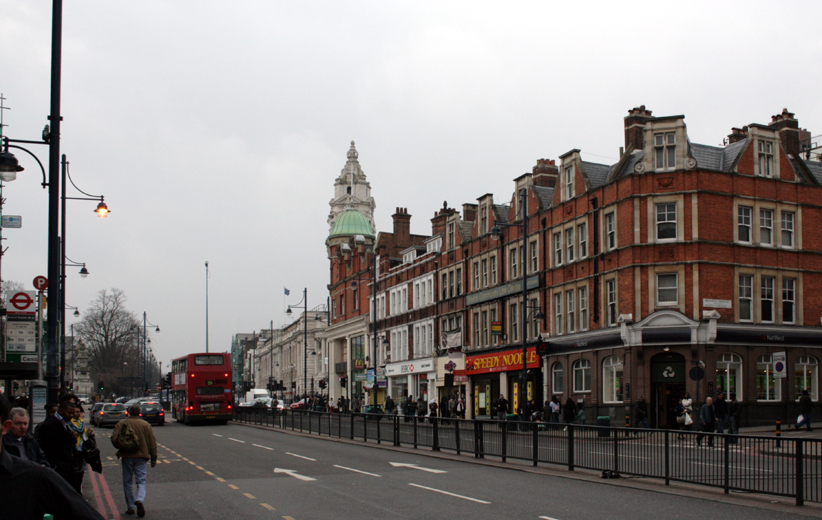 Specific locales in The Clash’s London backyard were referenced in their songs. Perhaps the most famous of those was the neighborhood of Brixton in “The Guns of Brixton,” the rare Clash track to feature a lyric from bassist Paul Simonon. The song was somewhat prescient, being released before the Brixton riots in the 1980s, but capturing the sense of discontent and tension between citizens and the police, made the more intense as a result of the economic recession. It’s a primarily residential area with a heavy Caribbean population, which Simonon references in part on behalf of the protagonist who “feels like Ivan…at the end of The Harder They Come,” nodding to the 1972 Jamaican film. 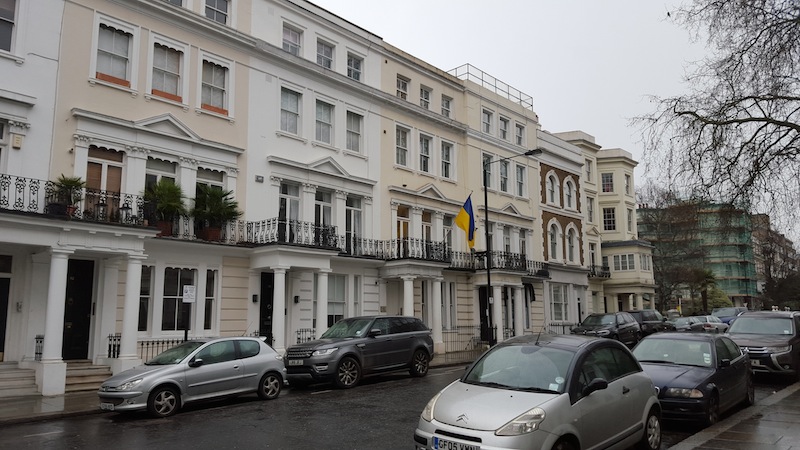 Joe Strummer lived in West London in the ’70s, and the surroundings informed many of the songs he wrote in the early days of The Clash. One was “White Riot,” inspired by the riots in Notting Hill in 1976. The other was “London’s Burning,” a criticism of what he saw as a community dying of “boredom”: “Black or white you turn it on, you face the new religion/Everybody’s sitting ’round, watching television.” Notting Hill is where the band recorded Give ’em Enough Rope, however, and it is a charming neighborhood that’s fairly heavily touristed today. There’s even a Rough Trade shop for those looking to buy some music. 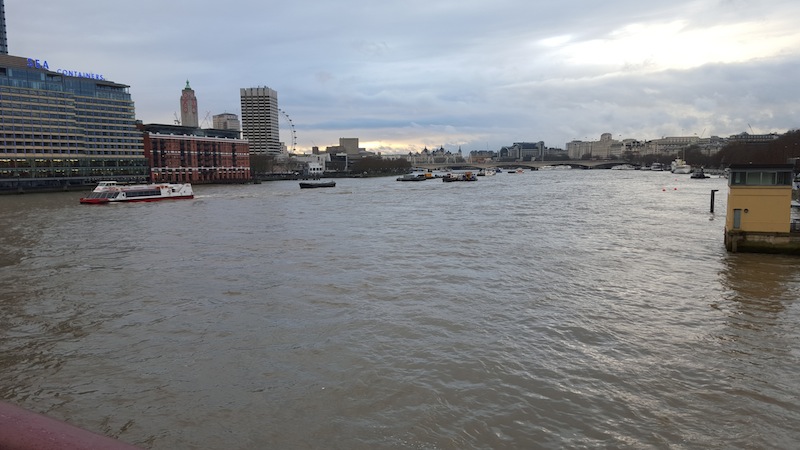 “London is drowning and I…live by the river!”

And the band’s sprawling, complicated, weird and oft-debated triple-album from 1980, Sandinista!