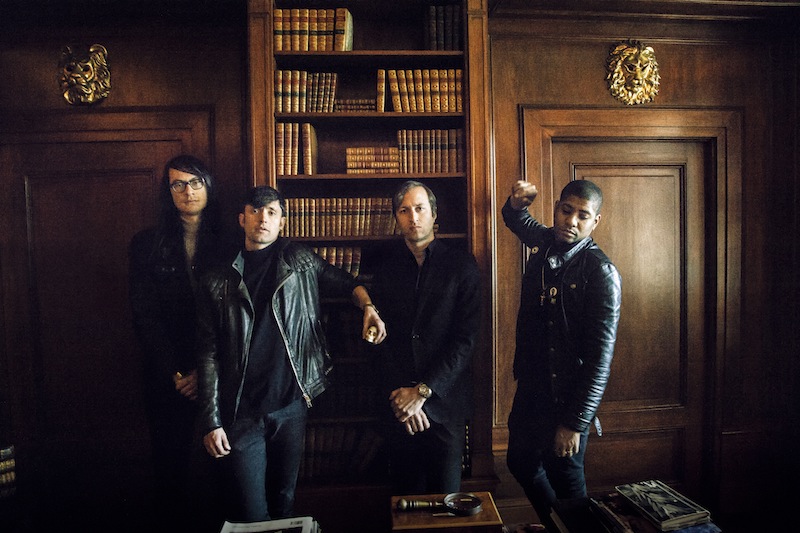 Algiers have just released a new track from their upcoming album, The Underside of Power, out June 23 via Matador. After issuing the title track, the band has shared “Cleveland,” an intense and eerie blend of heavy beats with choral voices. The song’s title is in reference to the murder of Tamir Rice, a 12-year-old boy killed by police in Cleveland in 2014.

“A recurring theme in our music is the idea of injustice and the bitter understanding that obtaining justice in this world is all but impossible—particularly for black and brown people,” says the band’s Franklin James Fisher in a press release. “I wanted the song to sound like the Final Judgement in the Bible, wherein the wicked are judged and condemned by the righteous with all the ‘weeping and gnashing of teeth,’ of the damned when justice is finally realized. This translates in the ‘solo’ section of the song. It consists of various recordings of people inconsolably crying and weeping while the guitar and lead vocal mirror their contortions. If you’ve ever witnessed something like that in real life, sound of a person’s sorrow is equal parts frightening and musical.”

Listen to the Algiers “Cleveland” stream below. The Underside of Power follows Algiers’ 2015 self-titled album.