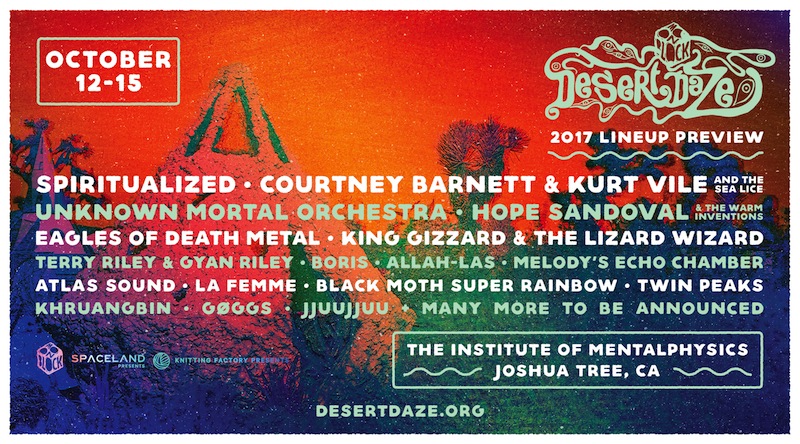 The psychedelic-heavy Desert Daze Music and Art Festival is taking place again at the Institute of Mentalphysics in Joshua Tree, California, on October 12-15. Today, the initial lineup for the festival was announced, and it’s being headlined by Spiritualized and Courtney Barnett & Kurt Vile. Other bands on the Desert Daze 2017 lineup include Unknown Mortal Orchestra, Hope Sandoval and the Warm Inventions, Eagles of Death Metal, Boris, King Gizzard and the Lizard Wizard, Terry Riley and Gyan Riley, Melody’s Echo Chamber, Atlas Sound, Allah-Las, Black Moth Super Rainbow, Twin Peaks, La Femme, Gøggs, Khruangbin and JJUUJJUU. More bands are set to be announced in the coming months.