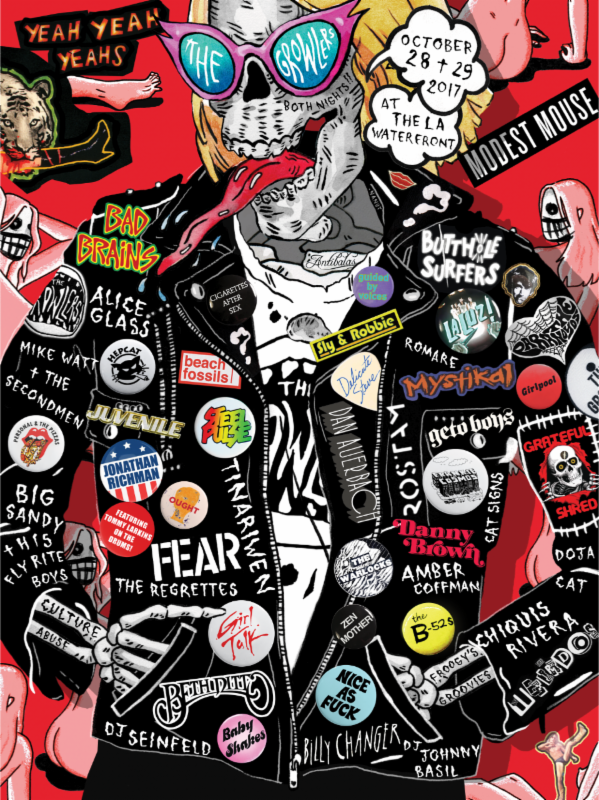 The Growlers have just announced the lineup for their new festival, The Growlers Six. It’s the sixth installment of the festival curated by The Growlers, which had previously been Beach Goth (Beach Goth and The Growlers have since parted ways). The Growlers will be performing at the festival, along with other headliners The Yeah Yeah Yeahs and Modest Mouse. Other bands on the Growlers Six festival lineup include The Butthole Surfers, Guided by Voices, Danny Brown, Beth Ditto, Dan Auerbach, The B-52s, Girl Talk, Bad Brains, Geto Boys, Steel Pulse, Alice Glass, Fear, Beach Fossils, Nice As Fuck, Tinariwen, Amber Coffman, Girlpool, Rostam, Frankie Cosmos, Sly and Robbie, Mystikal, Juvenile, Jonathan Richman, Cigarettes After Sex, The Weirdos, The Warlocks, Ought, La Luz, The Regrettes, Mike Watt and the Secondmen and many others. Take a look at the full lineup here and on that spectacular poster above.

The Growlers Six takes place on October 28 and 29 at the L.A. Waterfront.