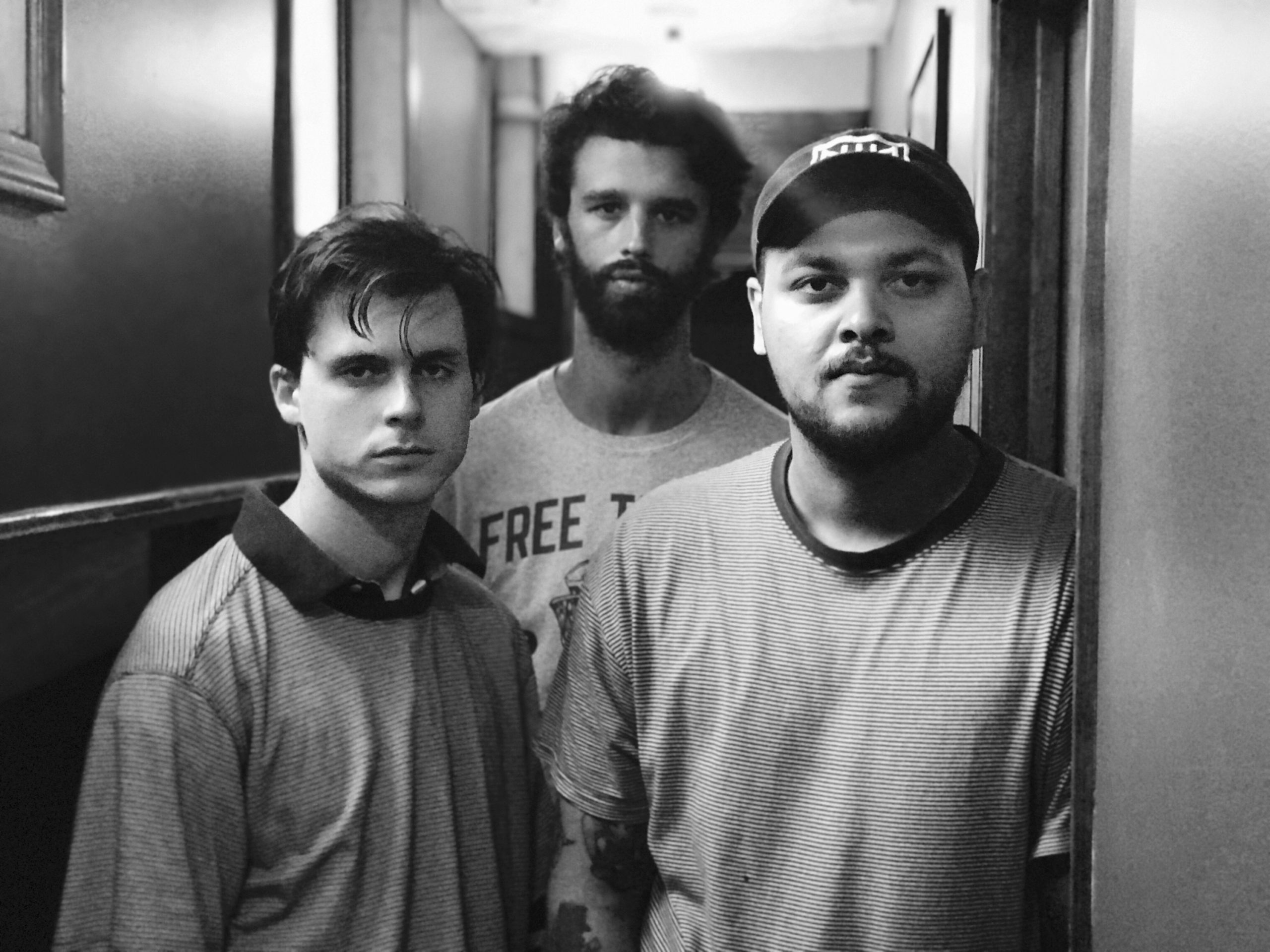 Blis. is the story of perseverance. If there exists a band who can tell you openly about struggle and communicate that same woe and somber victory in their music, it’s Blis. Hailing from Atlanta and originally the solo project of frontman Aaron Gossett,  Blis. later expanded to include Luke Jones on bass and Jimi Ingman on drums. Their introduction was the crisp and punchy four-track EP, Starting Fires in my Parents House in 2015. Yet with the band’s debut LP, No One Loves You, released in October via Sargent House, Blis. arrives fully formed as a complex and powerful unit.

The band’s debut EP offered just a glimpse of what was special about Blis. Gossett’s sweet vocals careened into screams effortlessly, contorting with angular guitars and throttling percussion. For all of its seemingly unchecked aggression, there was a sensibility in song structure that seemed architectural. There’s a hardness on that first EP that is distinctly resolved in the beautiful soundscapes of their debut album. It’s a miniature indie rock odyssey, formed by true scenarios in Gossett’s own life.

While it’s tempting to immediately classify the band as twinkle-drenched, reverb-riding emo revivalists, there’s significantly more to the band to be heard on No One Loves You. At points autobiographical, theological, and poignant throughout, it’s a debut album that encompasses a wide range of emotions. That perhaps sounds a lot like emo on paper, though Gossett was swift and deliberate while answering the question of what genre means to the band.

“What scares me about that term is that it pigeonholes you and it’s polarizing,” he says. “They hear the word ’emo’ and they immediately prejudge it. In a lot of ways that describes our record but in a lot of ways I did a lot to not completely break down emotionally on the album and remain on top of the narrative and sound on top if it. Someone outside the story, telling it…We as musicians don’t get to classify our music. Listeners and media make that decision for us.”

There’s a harsh truth behind Gossett’s response. Though his view could be described as cynical, it’s more or less environmental. In fact, it speaks to some of the obstacles that he’s faced as a Black musician within a scene of primarily white peers. Blis. have since become an established act of the Atlanta scene, though it wasn’t always that way. Gossett, like so many other artists, has struggled with the complex and often exclusionary social landscape that so many Americans face.

“When we first started doing this band, the political climate was a little different when we started,” he says. “It wasn’t nearly as cool to be a Black guy in a band, it was really different. It wasn’t until I forced myself in there that I was even invited to play shows. They looked at me as an outsider, they have their scene and share members…it’s pretty heavily dominated by white guys and we don’t have a ton of common ground in terms of culture and upbringing and there’s a communication barrier and a difference in our experiences. I know that when I tried to integrate myself it wasn’t easy, I didn’t look the part, until they saw that I had some musical talent they really weren’t willing to give me a chance.

“I think culturally [our background is] really different,” he adds. “Especially the kind of music we play. Out here there’s not a huge market for it. Most people are focused on hip-hop music and culture. It affects everything, and I don’t know if it comes in or not, but we listen to a ton of rap music as a band. That’s something we consider. I listen to a lot of Frank Ocean and that texture is something I think about when recording.”

As much as Blis. takes influence from underground rock, Gossett says that the band are also eclectic as consumers of music, listening to a lot of hip-hop and R&B in addition to indie rock. That comes through to an extent on No One Loves You, on which the influence of Frank Ocean is just as important as that of Pedro the Lion. Yet the connection is a natural one: Both artists make music steeped in genuine emotional depth, and through that approach, Gossett tackles some intense and intimate topics for Gossett. He says that the album is, thematically “about growing up and having to face a lot of really uncomfortable realities.” Yet while this may be speaking to his experience directly, it’s emotional territory that speaks to a potentially much larger audience.

“Throughout the album there’s a ton of highlights of commentary on religion and relationships. To sum it up is that not to place value in intangible relationships that you have. Whether you’re religious or not you place faith in an idea or person you never speak and you neglect the relationships to those around you and I was a victim to that in a lot of times.”

The lyrics of the album are brutally direct, an inescapable and crucial part of the band’s makeup. Though for as confessional and intensely personal as they might be, it takes a while for the words to take shape. Gossett makes home demos featuring what he calls “jibbles,” a wordless mumbling that he uses just to find a harmony. It’s part of a long process of refinement that Blis. takes to find exactly the sound that they want. They demoed the songs on the album several times before recording the final sessions, and it offered them a chance to more fully realize the songs before they were fully committed to them.

There’s a craftsmanship throughout the album that is palpable. Though the album did have some songs that were troublesome to bring to fruition, particularly “Ugly.”

“Its’ an old song—I’ve had several different versions of that song,” he says. “I’ve played it before Blis. was even an idea. That song was a really hard one for everyone to learn. When I wrote the album version, it was on my computer, programming drums and tracking bass in my living room, and the drums that I programmed sounded cool, but I didn’t consider how complicated they would be to play. ‘Why not add another ghost note here, why not?’ Jimi had never played or attempted to play through the song before we went in the studio, I insisted we gotta use the old one. It took half a day of drum tracking to get the song right, and it’s awkward. Lyrically and musically, it’s the strongest song, I feel. In that day of the studio they all kind of hated me.”

At the end of a laborious struggle to create this album, through a massive amount of personal and societal conflict, Gossett and company have a finished product for which they’ve embarked on their first major tour. Having never even played the record in its entirety live, the experience has been a unique shift in sound and dynamics, leading the group to learn the same songs in new ways.

“For musicians you have to take chances and be adventurous with your music,” Gossett says. “Release the unexpected. And I don’t want to do that solely for the purpose of making money.”