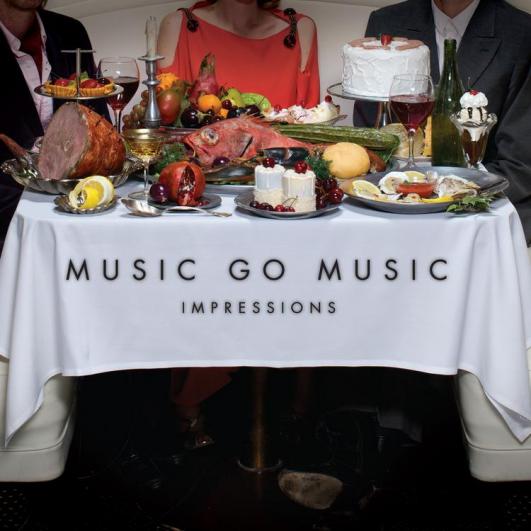 Disco never died, it just retreated into the underground. As the 1970s came to a close, and Disco Demolition Night ended the Saturday Night Fever era in as violently symbolic a manner as possible, the music didn’t ever screech to a halt as the “Disco Sucks” criers would have hoped. But the early ’80s saw the rise of a post-punk and no wave disco underground in New York, which counted among its notable players Arthur Russell and David Byrne, and in Europe, the rise of Italo-disco, heavily inspired by the forward-thinking production of Giorgio Moroder, reshaped polyster beats and horny dancefloor funk into something new and sleek. Still, when someone mentions disco, there’s a certain word association that happens, where we don’t think of Alexander Robotnick or Loose Joints, but Donna Summer, Chic and The Bee Gees. And rightfully so — dance music as we know it today wouldn’t be what it is without the massive influence of the biggest pop acts of the ’70s.

When Music Go Music released their debut album Expressions in 2009, they were onto something fun and stylish, but they missed the mainstream disco revival by about four years. It was only last year that Random Access Memories, “Blurred Lines” and Reflektor crashed the Billboard charts, after all. But then again, Music Go Music — in spite of taking greater influence from Chic than from Cerrone — never seemed terribly interested in going mainstream. Before they released their first album, they maintained a cloak of anonymity. And one of the best tracks from that debut, “Warm in the Shadows,” ran a very radio-unfriendly nine minutes long. And whether or not the group has changed their stance on mystique vs. cracking the mainstream, they continue to lay the hooks on heavy and thick on second album Impressions.

Music Go Music keep their tracks a bit more concise on Impressions, though their aesthetic remains firmly intact. The influences displayed on their debut album — ABBA, Donna Summer as produced by Giorgio Moroder, Blondie as produced by Giorgio Moroder — are still an important and significant aspect of their music the second time around, and remarkably enough, it still works to the band’s favor. Yet there’s a slightly darker, more atmospheric aesthetic that’s begun to seep in this time around, as evident on leadoff track “Love Is All I Can Hear,” which opens more like a Chromatics or Glass Candy track than “Waterloo.” “Inferno” sounds a bit like “Billie Jean” as channeled through the occult-prog arrangements of Ghost’s Infestissumam, which turns out to be an unsurprisingly awesome move. And “Tell Me How It Feels” is a badass hybrid of hard-rocking lead guitars and pulsing synthesizers that sounds much better in practice than it does in the abstract.

Given that Impressions took five years to arrive, it’s full enough with highlights to make the wait seem worth it. Yet, there’s still a sense from time to time that Music Go Music might hew a little too closely to their influences to put forth a powerful enough identity of their own. Those moments are in the minority, however, and what they do right on Impressions, they do frequently. More importantly, this record is just too fun and too catchy — not to mention layered with audible goodies — for that to matter. There’s at least a half-dozen jams here that can go toe to toe with “Get Lucky”; it’s a shame that they’ll most likely never reach a comparably huge audience.