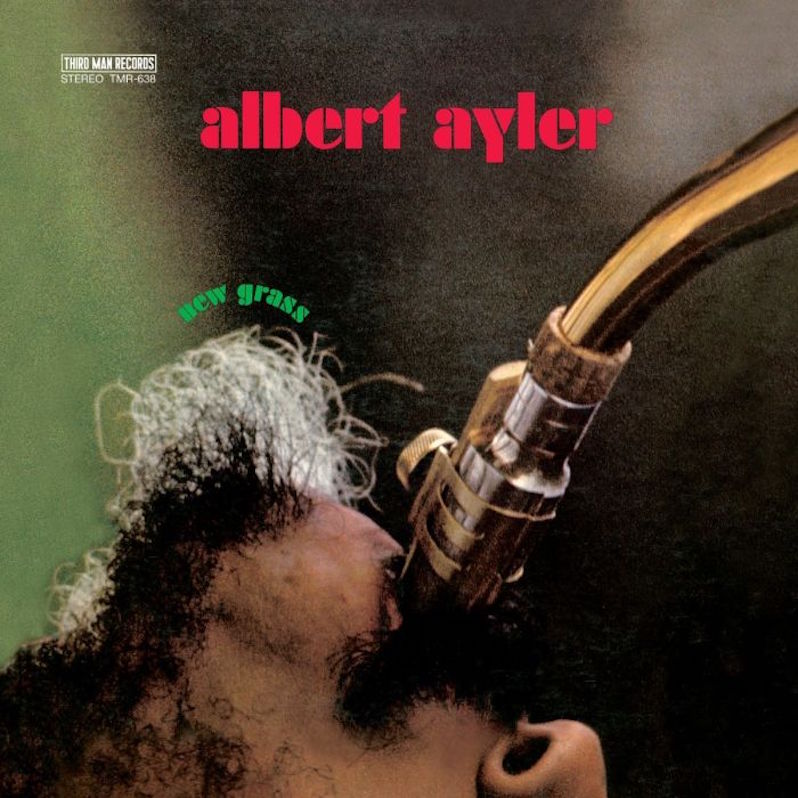 Albert Ayler‘s 1969 album New Grass—a divisive album at the time of its release—is getting a vinyl reissue from Third Man Records on June 26. It’s the first pressing of the album in nearly 40 years, which combines Ayler’s fiery jazz style with more commercial sounds—R&B, rock, blues and gospel—which influenced many artists ranging from Alice Coltrane and Pharoah Sanders to Sonic Youth and The Fall.

A press release states, “New Grass deserves reconsideration, if not for the heavy grooves and surprising arrangements, then for its bravery in challenging norms of the time; by the ‘60s, jazz was well-accepted as a uniquely American art form, while soul as a genre was very much still seen as primitive. Ayler melds them together and creates something novel, adventurous, and completely his own.”

Albert Ayler’s In Greenwich Village is on our list of 25 Essential Impulse! Records Albums.