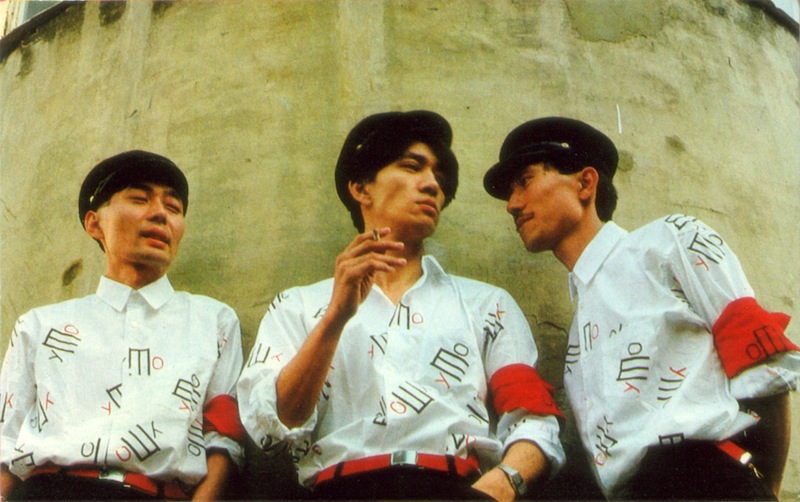 Welcome back to the Treble World Tour, a series of Top 10s covering albums that best represent certain locations—cities, states, territories, even entire nations. We consider representative releases on three levels: they were made by artists from a place, they contain music about or inspired by the place, and/or they were made in that place. This week we cross the Pacific to the most populous metropolitan area in the world: Tokyo. A city that’s undoubtedly too big and complex to fully summarize with just ten albums, Tokyo has always been a fascinating destination for American audiences in that the foreign and the familiar are so intricately intertwined. In terms of pop music, it’s had its share of incredible exports as well as its share of oddities. It’s a vast and diverse musical scene where pure noise and sugary pop can exist in harmony, where underrated American bands become big and where global culture is filtered through a unique lens. As two of our favorite Tokyo-based artists—Cornelius and Boris—embark on parallel tours behind some of their biggest albums, we line up our own list of essential Tokyo albums. 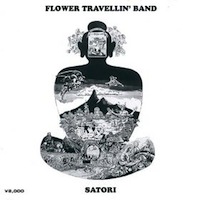 Plenty of American cities celebrate being “weird,” be it Portland or Austin or various California desert communities, but few are as diverse in their weirdness as the musical exports that often come out of Tokyo. A year after Black Sabbath’s debut, Tokyo’s Flower Travellin’ Band arrived with their first album of all original material (second overall), with a similarly heavy sound but a vastly more peculiar filter of psychedelia. Interestingly enough, the album is heavily influenced by Indian music, guitarist Hideki Ishima’s riffs sometimes mimicking the sound of a Sitar, whereas in certain tracks, such as the hypnotic “Satori Part 3,” his melodies are more heavily influenced by North African music. There’s a touch of rootsy American blues for good measure, but everything on Satori is acid-washed to the point of disorientation. Satori is too otherworldly to be metal, too eclectic to simply be rock, and too loud to be anything else. This is as good as weird gets. – JT 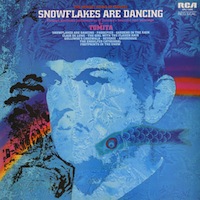 Isolated by island geography and post-war politics, Japan went to great lengths to find and implement Western technology and culture. Few of the nation’s artists stretched as far as Isao Tomita, who died earlier this month at the age of 84. Isao imported a Moog 3 synthesizer (one of the company’s first models) while building his Tokyo studio from the 1960s into the 1970s. His second album used it to quickly cement a 40-plus-year legacy in both classical composition and electronic performance. Nestled between the neotraditionalism of Wendy Carlos and the pop sugar of Hooked on Classics, Snowflakes are Dancing includes his synthesized versions of “tone paintings” by Claude Debussy. American audiences will best recognize Isao’s “Arabesque No. 1” from the public-TV astronomy show Jack Horkheimer: Star Hustler. – AB 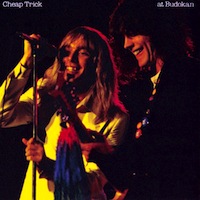 Flipping through the archives of live performances caught on tape and released to a wider consumer audience, you’ll notice that there’s a lot of iconic live albums recorded in Japan. Deep Purple’s Made in Japan, for one, plus some of Miles Davis’ most progressive recordings of the 1970s. Cheap Trick’s At Budokan has its own special place in the official-live canon, its material culled from two raucous nights at Nippon Budokan in Tokyo that, in an unlikely turn of events, made them bigger stars at home. At Budokan outsold the group’s previous albums, and for good reason—the version of their songs on this album, particularly the fiery take on “I Want You to Want Me,” just rock that much harder. Initally the live set was to be released as a Japanese-market-only product, but I bet Cheap Trick and their label are thankful for the change of heart. – JT 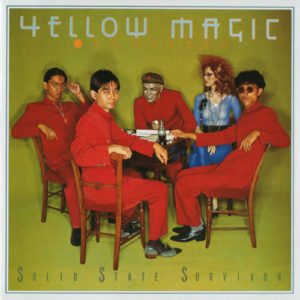 Whether or not it’s mentioned so explicitly, Yellow Magic Orchestra’s contribution to electronic music is immeasurable, even before we consider the career of breakout soloist Ryuichi Sakamoto. The band’s 1979 album Solid State Survivor arrived in the shadow of both Kraftwerk and Giorgio Moroder, and its fusion of early analog synth-pop with disco and other various styles and treatments set it apart as an essential piece of electronic music history. Their approach was at once playful and innovative, using natural sonic elements like the sound of a galloping horse as percussion, while their otherwordly use of synth atmosphere and vocodered vocals influenced a wide swath of burgeoning genres, from house to chiptune. Eric Clapton and Michael Jackson even covered album highlight “Behind the Mask,” while the group showcased their own twisted take on the rock canon with an almost Devo-like cover of “Day Tripper.” Solid State Survivor is a weird and wonderful album, and a mandatory listen for those in need of doing some electro homework. – JT 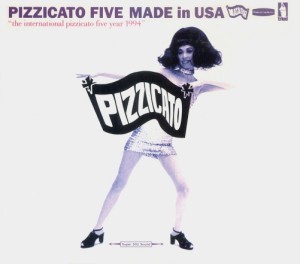 Leaders of the fashionable Shibuya-Kei scene that grew in popularity in the early ’90s, Pizzicato Five’s origins go back much farther than the release of their full-length U.S. debut, Made in USA. In fact, Pizzicato Five formed as early as the late ’70s, their introduction to an American market—hence the playful wink in the album’s title—arriving more than a decade into their career. As such, it’s not a proper studio album but rather a compilation of “hits” from previously released albums in Japan. And boy were they ever ahead of the curve. Lounge culture would take hold a few years later in the U.S., ushering in the popular Ultra Lounge compilation series and, of course, Swingers. P5’s fusion of trip-hop, French yé-yé pop and kitschy ’60s lounge music was more intoxicating than most, however. While it’s not entirely true to say that their single “Twiggy Twiggy” was a hit, it did make the rounds on college radio and 120 Minutes, complete with silly, swingin’ dance routine video. That the producers of Austin Powers managed to overlook this gem for the soundtrack seems like a gross oversight. – JT 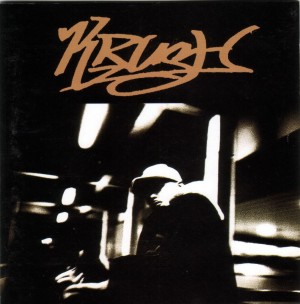 Like the rest of the world outside of America, Japan discovered hip-hop through the release and spread of the 1983 film Wild Style. Inspired by it, Hideaki Ishi gravitated to DJing as a way to extract himself from gang life in the Yakuza. The best thing about his debut is how seamlessly it fits into ouevres popularized in the U.S. and U.K., the work easily mistaken for sides released by hotter labels: Mo’Wax, Ninja Tune, Tommy Boy. Wrangling a stable of studio guests, Hideaki managed to make music that bled into acid jazz and literal jazz (“Into the Water”), underground R&B (“Keeping the Motion”), and other electronic subgenres (“On the Dub-ble”) while still owning the then-nascent turntablist mantle. There might be better DJ Krush albums, but Krush is raw like sushi, perfectly capturing a particular sense of place, time and sounds. – AB 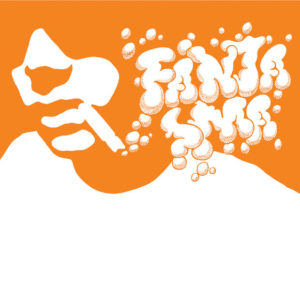 An eclectic product of the Shibuya-kei scene that also produced the likes of Pizzicato Five, Cornelius managed to combine just about anything and everything into a surprisingly cohesive—though incredibly genre disloyal—sonic approach. His 1998 album Fantasma quietly became a cult classic in the years since it was released, and with good reason: It’s a hell of a ride, rife with highs, lows and any number of giddy surprises. It opens with “Mic Check,” a simple equipment test that transforms into a colorful psychedelic pop gem. From there he dives into My Bloody Valentine-style shoegaze (“New Music Machine”), Flaming Lips-style density (“Clash”), glitch-pop (“Star Fruit Surf Rider”), and the playful call-and-response math lesson in “Count Five or Six,” which structurally owes a good deal to a track from another time and hemisphere, Os Mutantes’ “Bat Macumba.” On Fantasma, Cornelius reveals himself as much a product of global culture as a representative of Japanese rock, resulting in a joyously kaleidoscopic crossover. – JT 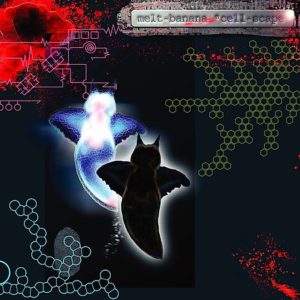 Melt Banana is one of the noisiest bands ever to emerge from the Tokyo scene, which is a notable enough feat in its own right. Let’s not forget: This is the city that spawned the cacophonous career of Merzbow. Melt-Banana, however, has been on a long evolutionary path that has led them from the noisecore outbursts of 1995’s Scratch or Stitch to the more accessible, progressive noise-rock sounds of 2013’s Fetch. Their career peak, to date, remains 2003’s Cell-Scape, a weirdly melodic fusion of hardcore, noise rock, grindcore and, weirdly enough, pop. No less intense than any of their other albums, Cell-Scape explodes with a volatile energy. But there’s something different about this one. Sometimes it grooves (“Chain-Shot to Have Some Fun”), sometimes it surges with the controlled force of old-school hardcore (“A Dreamer Who Is Too Weak To Face Up To”), and in one song lead yelper Yasuko even sings (“If It Is the Deep Sea, I Can See You There”). In terms of out-weirding Melt Banana, Tokyo has birthed more than its share of truly outlandish bands, but I dare say few of them have achieved a height as giddily triumphant as Cell-Scape. – JT 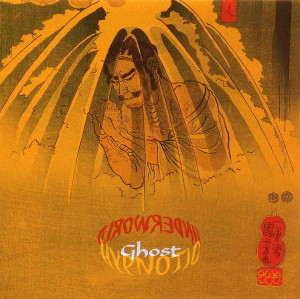 Admittedly, it is a little confusing that there are two bands called Ghost (actually there are a lot more than that but let’s just discuss the two most prominent ones for the time being). In 2013, the Swedish band Ghost even went so far as to call themselves Ghost B.C. when they released Infestissumam, and there are places online where the two still get mixed up. Tokyo’s Ghost, however, is a vastly different musical entity, their sound an abstract and atmospheric psych-folk style that’s as beautiful as it is mysterious. There are numerous potential starting points for the band, though 2004’s Hypnotic Underworld is an epic and immersive experience, rich in intricate instrumentation and stunning arrangements. The title says a lot, actually—it’s a mesmeric descent into a dark and mysterious underworld where ambient feedback squeaks feed into haunting jazz-rock grooves, thunderous eruptions of psych rock and beautifully entrancing ballads, like the aptly titled “Hazy Paradise.” Really, it’s fairly easy to distinguish between the two Ghosts: One is a fun rock ‘n’ roll band on a campy highway to Hell; the other communes with the divine. – JT 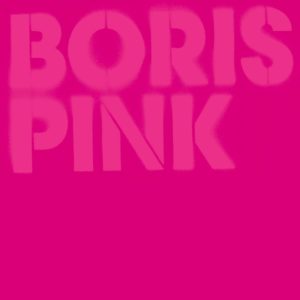 Look deep within the DNA of Boris’ music, and you’ll hear a lot of sounds native to England and America: The Stooges, Mötörhead and, in particular, The Melvins. In fact, “Boris” was the name of a song by The Melvins, just to emphasize that point a little more. Yet on Pink, the Tokyo metal trio showcased their own unique spin on sludge, stoner rock and doom via an epic and eclectic album that does nothing the same way twice. Nearly every other song is some form of fiery speed demon, chief among them the rock ‘n’ roll fury of “Woman on the Screen.” Yet there’s depth in the spaces in between, be it the drone-doom of “Black Hole” or the gorgeous shoegaze dirge, “Farewell.” It exists in two different versions, as most of their albums do, the double-LP featuring considerably different versions of a handful of songs, though the spirit of it remains the same: A heroic rock album that set a new standard for post-millennial heavy music. – JT