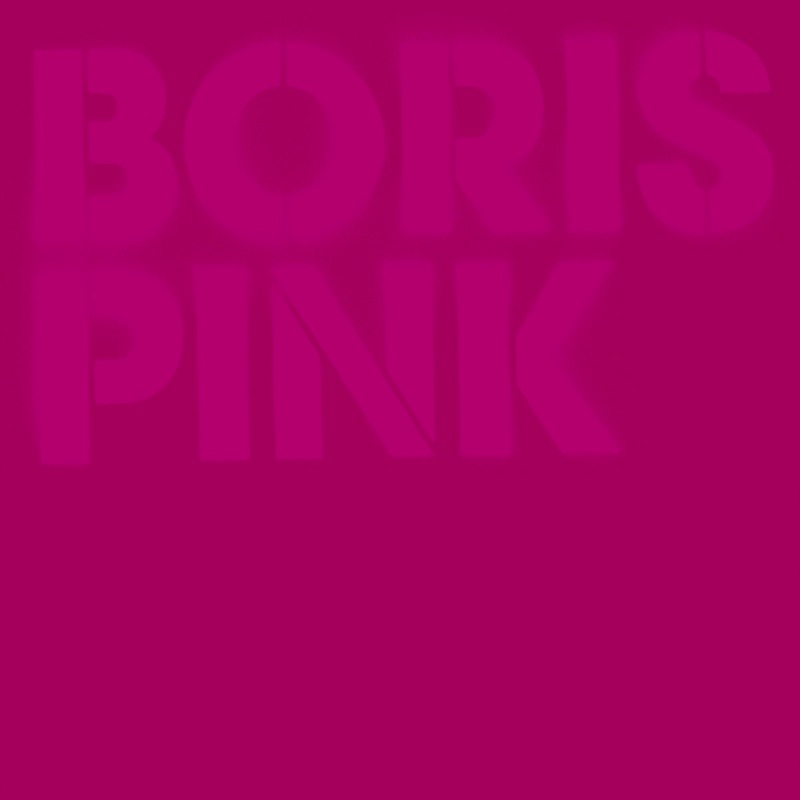 In 2006, Boris were already ten years into a fertile and prolific career. The Tokyo trio had already broken every rule of metal in the book, for that matter, having committed to no one style and instead seemingly changed course every time they set up the reel-to-reel. Epic drones, rumbling stoner rock, collaborations with noise titan Merzbow, noise rock and a couple of hour-long single tracks made up their first six or seven albums, and by 2003’s Akuma No Uta—whose album cover referenced Nick Drake’s Bryter Layter, of all things—Boris had become established in underground metal circles as not just one of the most interesting bands of the early ’00s, but one that seemingly had appeal beyond the spikes and horns. That also led to some “hipster metal” armchair backlash, but a few cynics aside, it was only a distraction from what would end up being the band’s strongest achievement yet.

Pink, Boris’ seventh album (sans collaborative releases), saw Boris taking the raw material of their first decade and refining it into their most eclectic and most accessible set of songs. Doing both seems contradictory; the sheer challenge of pushing themselves beyond one concept or central idea could have turned the album into something much more chaotic, but here it all flows together beautifully. In the years leading up to its release, the term “post-metal” had been bandied about to describe the post-rock-inspired compositions of bands such as Neurosis or Isis, which were as much about grace and beauty as they were heaviness. But with Pink, and by extension everything else they’ve done, Boris proved to be the definitive post-metal band, if only because they were a heavy band that pledged absolutely no loyalty to genre.

To that end, Pink is a metal album but not one that could have existed in the ’90s or earlier. Reflecting the diverse tastes of three musicians who had grown up on Motörhead, The Melvins, prog rock, punk and minimalism, Pink made a strange sort of sense in the file-sharing age. On paper Pink came across a little like a mixtape. The blown-out hardcore of “Nothing Special” could line up next to “Blackout”‘s drone doom and the stoner rock riff fest of “Electric” and it all sounded perfectly in harmony. Attribute some of that to the tone that Boris captured on the album, a massively distorted amplifier buzz that colored everything a brilliant brown hue. Which does leave an odd question hanging as to the importance of the title color. But then again I’m not a synesthete.

If Pink is a millennial metal mixtape, it’s one of the best there is. Boris’ songwriting is a big part of what drives the album, starting off with a gorgeous slice of thunderous shoegaze in “Farewell.” Still as crushingly heavy as anything else on the album, “Farewell” shows the nuanced and graceful side of the band by juxtaposing Sigur Rós-style transcendence through the filter of their fuzzboxes. Yet when Boris simply lets rip and unleashes their most primal fury, there’s no holding them back. “Woman on the Screen,” “Six, Three Times” and especially the title track offer a reminder not just of their strengths at building something majestic, but in simply rocking the fuck out. At times certain tracks can seem like fragments or exercises; that’s partially illusory. The two minute “My Machine,” the penultimate track on the CD version, is a gentle, two-minute post-rock twinkle. On vinyl it’s a 10 minute opus that’s almost on the level of “Farewell.” And though the furious drive of “Pseudo-Bread” is powerful enough at four minutes, it’s a hell of an endurance test at more than twice the length.

For its 10th anniversary, Sargent House has reissued the album—coinciding with a 10th anniversary tour in which the band is playing the album in its entirety—featuring an entire extra disc of bonus material. That Pink expands to an entire second album in length is noteworthy, given that two versions of several of the album’s songs exist already, not to mention how prolific a band they are regardless. Suffice it to say those additional tracks reveal the kind of diversity and style-hopping that Boris have displayed throughout their career, though most of these tracks would fit in reasonably comfortably alongside any of the proper album tracks (or on Rainbow, their collaboration with Ghost’s Michio Kurihara from a year later). “Your Name Part 2” is heavy yet spacious, leaning toward the band’s psychedelic side, while “Heavy Rock Industry” (where Boris is Number One!) is a sludgy and riff-heavy slab of rock. “SOFUN” lives up to its name, its galloping rhythms showing off Boris at their most Motörhead-like, if not necessarily their most creative. And “Are You Ready?” damn near sounds like a single—by Boris’ standards, which ride that curious, and less vast than you’d think middle ground between concrete and intangible.

Pink isn’t the weirdest or most iconoclastic Boris album by any measure. In the years since, they’ve essentially had fun exploring wherever their psychedelic muse would take them: dream-pop on Attention Please; J-pop on New Album; a collaboration with The Cult’s Ian Astbury. What Pink did was compress the vast expanse of Boris’ sound into something that sounded massive but was ultimately approachable. As indie listeners stretched beyond their comfort zones during the ’00s, it likely ended up a gateway drug for a lot of listeners, and it’s hard not to see that as a good thing. Boris weren’t the first to prove heavy was, indeed, a beautiful thing—just ask Justin Broadrick—but they did help bury old stereotypes. After ten years, its legacy is cemented but its age still doesn’t make sense. This thing sounds like it came out yesterday, and it also sounds like it belongs to the ages.